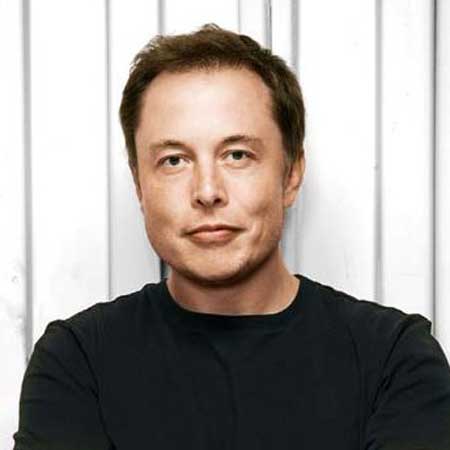 Elon Musk is a professional business magnate, investor, engineer, and inventor. He is the founder, CEO, and CTO of Space X, an aerospace manufacturer, and space transport services company. He is also a co-founder at Series A and investor, CEO and product architect of Tesla Inc.

Musk was born as Elon Reeve Musk on June 28, 1971, in Pretoria, Transvaal (now called Gauteng), South Africa. He was born South African belonging to the white ethnicity. Later, he changed his nationality to Canadian-American.

Musk is the son of Maye Musk (née Haldeman), a model and dietician from Regina, Saskatchewan, Canada; and Errol Musk, a South African electromechanical engineer, pilot, and sailor. He has a keen interest in reading from his childhood days.

Musk has a younger brother, Kimbal, and a younger sister, Tosca. His paternal grandmother was British, due to which he also has Pennsylvania Dutch ancestry. His maternal grandfather was American, from Minnesota. He lived mostly with his father in the suburbs of Pretoria after his parents divorced in 1980.

Musk attended Waterkloof House Preparatory School. In 1989, he moved to Canada after graduating from Pretoria Boys High School. He became a Canadian citizen in April 2009.

Musk moved to California, where he attended the Stanford University. There he started a Ph.D. in applied physics and materials science but left the program after two days to practice his entrepreneurial aspirations in the areas of the Internet, renewable energy, and outer space.

Musk and his brother, Kimbal, started a web software company called Zip2 in 1995 with $2,000 of their father's money. The company, later on, developed and marketed an Internet "city guide" for the newspaper publishing industry.

Musk obtained contracts with many companies like The New York Times and the Chicago Tribune and later persuaded the board of directors to abandon plans for a merger with CitySearch. He received US$22 million for his 7% share from the sale.

Musk founded Space Exploration Technologies, Space X in May 2002. He is CEO and CTO of the Hawthrone, California-based Company, Space X. The company develops and manufactures space launch vehicles with a focus on advancing the state of rocket technology.

Tesla, Inc. (originally Tesla Motors) was incorporated in July 2003 by Martin Eberhard and Marc Tarpenning, who financed the company until the Series A round of funding. Musk concluded leadership of the company as CEO and product architect, following the financial crisis in 2008. Recently, Tesla Inc. launched electric vehicle which is going good in the market.

Musk has worked in several companies like X.com, PayPal, SolarCity, Hyperloop, OpenAL and The Boring Company. He has been honored by several awards in his career.

Musk has reached the age of 45 now. He currently lives in Bel Air, Los Angeles, U.S. He is currently single, but has been married twice in life.

Musk married Justine Wilson, a Canadian author, with whom he had an affair for several of years. The couple first met each other while both were studying at the Queen's University. They dated for several years and finally tied their knot in 2000.

They together had a son named Nevada Alexander Musk who unfortunately died of sudden infant death syndrome, ten weeks after his birth. Later, they had five sons through in vitro fertilization – twins in 2004 and triplets in 2006. The couple divorced in 2008 and they share custody of their children after divorce.

Musk started dating Talulah Riley, an English actor in 2008. He married his girlfriend, Riley in 2010. In 2012, he made an announcement on Twitter that he is ending his four-year relationship with Riley.

Musk remarried Riley in July 2013, and the couple had their second divorce in December 2013. The divorce was finalized in late 2016. Rumors of Musk dating Johnny Depp's ex- wife Amber Heard as they were spotted on different occasions.

Musk is the chairperson of the Musk Foundation. The Foundation focuses its philanthropic efforts on providing solar power energy systems in disaster areas. Musk Foundation donated $250,000 towards a solar energy project in Soma, Japan, a city that had been recently devastated by the tsunami in July 2011.

Musk donated $10 million to the Future of Life Institute in January 2015, to run a global research program aimed at keeping artificial intelligence beneficial to humanity. He currently serves as a trustee of the X Prize Foundation and a signatory of The Giving Pledge, as of 2015.

Musk stands an amazing height of 1.8 meters (5 feet 9 inches). He has earned $45,936 while working as CEO and Chairman at Tesla Inc. He has additional earnings from different sectors, as he was involved in various companies in his career. He has made an incredible net worth of $15.2 billion as of 2017.

Musk has described himself as "half Democrat, half Republican." Musk later became a member of two of then President-elect Donald Trump's presidential advisory committees in 2016.