Star Wars Star John Boyega And Letitia Wright Attracted All Eyes On This Year's Met Gala; Are They More Than Friends? 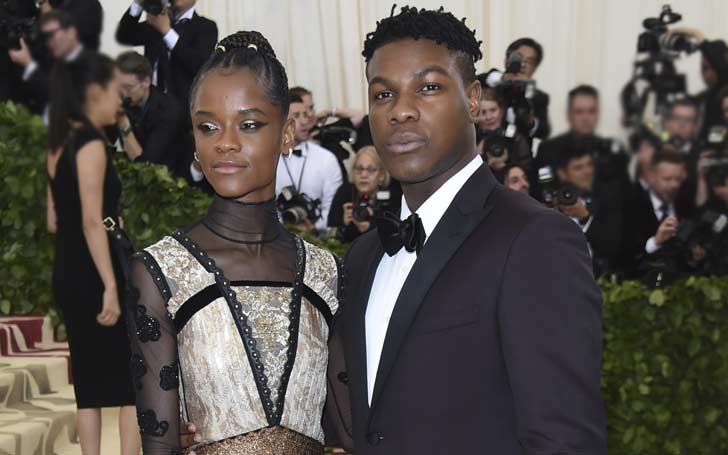 This year's Met Gala held in New York was again a big hit like every year. The biggest event of the fashion world never fails to surprise us. This year also there are lots of things to talk about but let's focus on those fabulous couples who rocked the red carpet together.

Though they have not confirmed their relationship, their fans are almost sure that something is going on between them. So, are they actually dating? Let us find out here!!!

Star Wars John Boyega And Letitia Wright Attracted All Eyes On This Year’s Met Gala. Are they dating?

The rumored couple, John Boyega from the Star Wars: The Force Awakens and Letitia Wright from the Black Panther, made a breath-taking entry at this year's Met Gala red carpet event which attracted a lot of media attention. 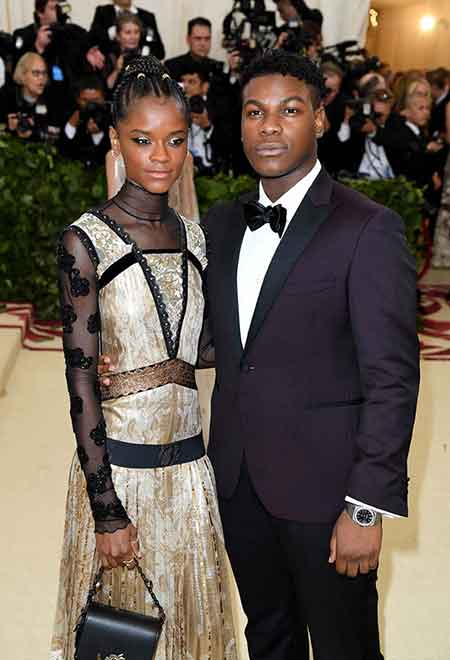 Boyega attended the event wearing a Michael Kors Collection purple tuxedo jacket with a white dress shirt and a black tie with black trousers. Whereas, Wright wore a floor-length Coach design in black, white & gold and accessorized with Forever Diamonds.

The two young stars who made their breakthrough from major action franchise movies have been friends before they rose to stardom. They even attended London’s Identity School of Acting and also have a long history. He previously told The Grio,

‘’ Letitia and I were in the same class. It was so special for me to see her in the film because I have seen Letitia from when we both had nothing, had no credibility and wanted our chance. We would sit and after classes, everybody would congregate at a nearby McDonald's and I remember seeing Letitia and we would speak about our dreams and our visions.''

‘’We would speak about our spirituality, our relationship with God, prayer, and various other things. We knew something was cooking. We knew there was a group of people that were gonna come out of there and really do it. It felt like this group of people might just be the example and prove the success is real. We all did that and it's just mad. It's crazy for us all.’’

Their fans were speculating that they are dating, however, the couple has not mentioned anything.

Is John Boyega Dating Someone Else?

The talented and young actor, Boyega, prefers to lay low when it comes to his relationship and dating life. He has shared only a few details about his love life to the public so far. 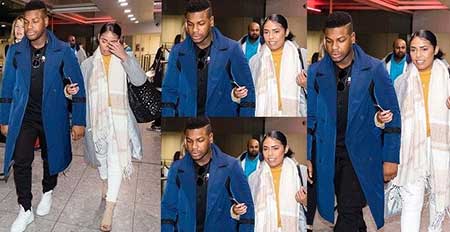 In 2017, Boyega was spotted with a mysterious Nigerian lady arm in arm. The couple arrived at the UK Ahead of the premiere of Star Wars: The Last Jedi. In an interview on The Graham Norton Show, he revealed that he was dumped after his date found that he was in Star Wars,

‘’ She didn’t know what I did until we were driving through Times Square. She goes ‘What do you do for a living?’ [I] looked up and I said, ‘That.’ It was me over a lightsaber.’’

As of 2018, during an interview, he openly spoke about his relationship choices. He stated,

Boyega also disclosed that he is yet to meet his love. As per all these available information, he seems to be single in the present days.