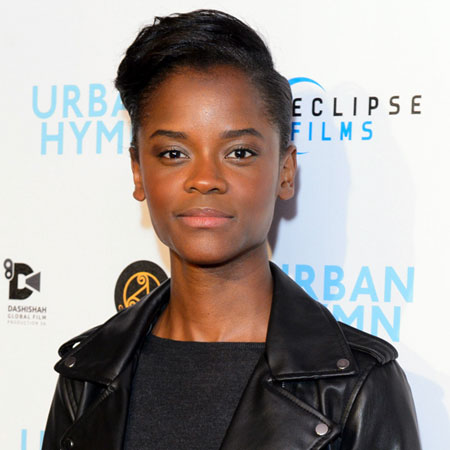 Letitia Michelle Wright is a Guyanese-British actress, best known for her portrayal as Shuri in the Marvel Cinematic Universe films Black Panther and Avengers: Infinity War.

She has also appeared in several TV series including several British TV series, including Top Boy, Coming Up, Chasing Shadows, Humans, the Doctor Who episode "Face the Raven" and the Black Mirror episode "Black Museum".

Letitia Wright was born on October 31, 1993, in Georgetown, Guyana. She is a Guyanese by nationality and belongs to Afro-Guyanese ethnicity.

At the age of seven, Wright moved to London with her parents. Her interestedness towards acting started to grow after watching an American drama-film, Akeelah and the Bee in 2006. Soon after, she found the lead to be a positive role model.

Letitia Wright started her career in 2011. Wright was cast as Nyla in the 2011 movie, Victim. The following year, she worked in the TV series such as Holby City, Random, and Top Boy.

Wright starred alongside James Floyd, Fady Elsayed, and Saïd Taghmaoui in a British crime drama film My Brother the Devil. She was recognized by Screen International as one of its 2012 Stars of Tomorrow for her performance in the movie.

Wright gained public attention after she was cast in British coming-of-age drama, Urban Hymn. The drama was released on September 11, 2015, starring Shirley Henderson, Isabella Laughland, and Ian Hart, among others.

The following year, Wright appeared in popular series like Banana, Cuc u mber, and Doctor Who. She made an appearance as Anahson in an episode: Face the Raven.

Letitia Wright portrayed Renie in the 2016 science-fiction series, Humans. She had a recurring role in the series. The series is running its second season that originally aired on Channel 4 and AMC on October 30, 2016.

Letitia Wright is currently working on her upcoming productions. She earned ma s sive popularity working in the popular movies in her career.

The Guyanese born British actor made a considerable amount of money from her acting. As she is at the starting phase of her career, she might have the net worth close to a million.

Wright’s movie has made a good collection at the box office. Her movie Urban Hymn grossed $1,115 in the UK. Her movie, My Brother The Devil grossed $44,906 in the UK.

Wright will be appearing in her upcoming movies like Black Panther and Avengers: Infinity War.

Letitia Wright has reached the age of 24 now. She is unmarried and has no children. She has created a stardom in the short time. She said that she felt bad when reading about British black actors going to the US searching for better opportunities. She also added, “We need to change things here.”

Wright is active on Twitter and has thousands of followers on her Twitter account. She has been updating about her recent activities on Twitter.
Despite the ma s sive popularity, Wright has managed to keep a low profile personal life. She has never mentioned of having a relationship or boyfriend to the public.