Canadian singer and songwriter Shawn Mendes has achieved a respectable amount of success at a young age with his singing talent. He first came to the limelight by posting song covers on the video-sharing application Vine. Mendes released his first single, Life of the Party, in June 2014, followed by an EP, which reached number 1 on the iTunes charts in under 40 minutes upon being released. Mendes' full-length album Handwritten was released in April 2015. The album peaked at No. 1 in both Canada and the USA. He became the first youngest solo artist to debut at No. 1 since Justine Bieber's My World 2.0.

Born as Shawn Peter Raul Mendes, on August 8, 1998, in Toronto, Canada, Shawn Mendes is the son of a real estate agent, Karen and businessman Manuel Mendes.

Mendes belongs to Canadian nationality and ethnicity wise; he is of mixed ancestry, with his mother being English and his father of Portuguese origin. He grew up in Pickering, Ontario, a Toronto suburb, and his younger sister, Aaliyah. 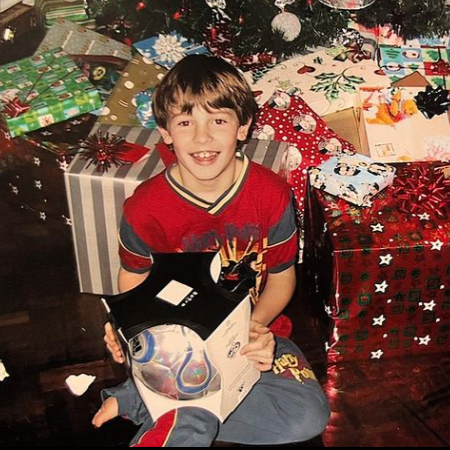 He attended Pine Ridge Secondary School, and while there, and he played ice hockey and soccer. At the time, he also took acting lessons. He graduated from the school in June 2016.

Mendes has cited Ed Sheeran, John Mayer, Justin Timberlake, and Bruno Mars as his musical influences. He seems to be a music lover from a young age.

Mendes, at the age of 13, learned to play guitar by watching YouTube tutorial videos. After a year, he began posting six-second song covers on the video-sharing application Vine and was able to gain millions of views and followers within a few months on Vine.

Mendes became the third most-followed musician on Vine in August 2014. In November 2013, he was discovered by manager Andrew Gertler. He started working with Island Records in January 2014.

Mendes started his music career professionally in May 2014 and released his first single, Life of the Party, on June 26, 2014. The single made him the youngest artist to land a debut single in the Top 25 of the Billboard Hot 100.

The same year, Mendes released his debut major-label EP along with another up-and-coming young star Austin Mahone. The EP proved to be highly popular, reaching number five on Billboard 200. It sold 48K copies in its first week. The same year, he also won a Teen Choice award for Webstar in Music.

Mendes gained huge popularity after releasing his full-length album Handwritten on April 14, 2015. The album peaked at #1 in both Canada and the USA and sold over 100 thousand copies within its first week. He also became the first solo artist under 18 to have an album debut at No. 1 since pop star Justin Bieber.

Shawn Mendes’ fame grew further through his third single, Stitches, from the same album. The single hit #4 on the Billboard Hot 100 and became his first top 10 single in the US. This single went viral, and it later reached number one in the UK too. He was listed among Time's The 25 Most Influential Teens in 2014, 2015, and 2016.

In late 2015, he and former Fifth Harmony member Camila Cabello released their collaborative single, I Know What Did You Last Summer.

Mendes made his acting debut appearing on the third season of the science fiction drama TV series The 100 on January 21, 2016. He signed with the modeling agency Wilhelmina Models in early 2016.

Mendes' lead single 'Treat You Better' from his second album Illuminate, listed top 10 on the Billboard Hot 100 and the UK Singles Chart and was certified triple platinum. On August 18, 2016, he released his second single, Mercy, which reached the top 20 in the US and the UK. It was also certified as double platinum.

He released Illuminate, his second studio album, in September 2016. The album debuted #1 on the US Billboard 200 with first-week sales of 119,000 album-equivalent units, of which 106,000 copies were pure album sales.

He released the third studio album, Shawn Mendes, on 25 May 2018. It debuted at #1 on the US Billboard 200. This feat made Mendes the third-youngest artist to collect three number-one albums.

As of 2018, Shawn Mendes has an estimated net worth of around $12 million, according to Celebrity Net Worth. Similarly, his net worth in 2022 is again $12 Million. His Illuminate World Tour grossed more than $32 million.

According to Billboard data, Mendes’ August 11-12 shows in Toronto alone made around $1.57 million. His first-word tour in 2015 grossed at least $3.8 million. In May 2017, he bought a house in his hometown Toronto, but he has not disclosed the expense of the house. Also, the singer created a buzz in 2019 by buying a luxurious house in Hollywood Hills for $3.38 Million. Further, the young artist is followed by a huge crowd on his social media handle. He has 67.9 Million followers on his Instagram handle. No doubt, Mendes collects a huge sum from sponsorship posts and advertisement deals. With his growing fan following and popular music, he is believed to earn more in the upcoming days. 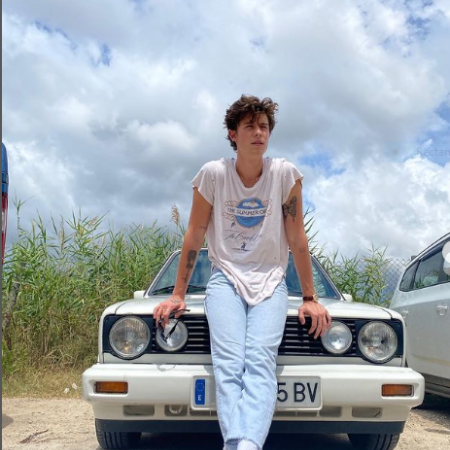 Mendes has two YouTube channels. He started his self-titled YouTube Channel on January 18, 2011. As of 2018, his channel has 15 million + subscribers. Whereas he has 11 million+ subscribers on his other YouTube Channel, ShawnMendesVEVO, created in June 2014.

In collaboration with the American Red Cross, Mendes created the Mexico Earthquake Relief Fund, after the devastation of the earthquake in Mexico City, in September 2017. He donated $100,000 to help Mexico earthquake victims.

The Canadian singer is not dating anyone as of April 2022. However, he has just been photographed with a brunette yogi at a beach in Hawaii. Also, he recently made a buzz for his meeting with Camila Cabello after their beak-up. He previously linked to a few women from Hollywood.

Shawn Mendes was in a relationship with American model Hailey Baldwin. They reportedly dated for a couple of months, from late 2017 to early 2018. But, they insisted they were just friends at functions and events. And, In July 2017, she confirmed her engagement with Baby singer Justin Bieber.

Since they started dating, Mendes and his two-year-older girlfriend Baldwin were spotted at several parties and concerts, including Daniel Caesar's show at The Danforth Music Hall in Toronto on 20th December. They also were seen together at an award function posing selfies with Rita Ora.

It started out casual as they would run into each other at parties and hang out, but most recently, it's become more serious. They are definitely dating and spend a lot of time together.

A few months ago, they were sneaking out of public venues like Delilah while trying not to make a scene, and now they have gone on private vacations to Europe. Their relationship has grown, and they don't care if anyone sees them now.