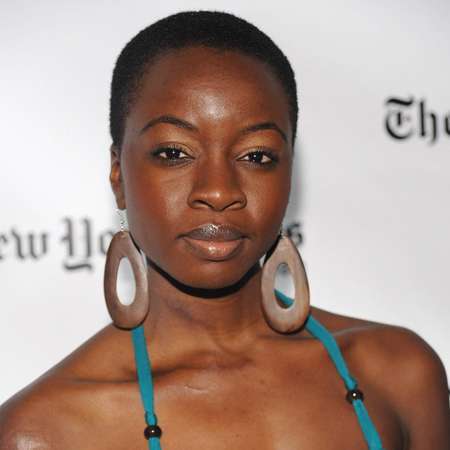 Danai Gurira is an actress and playwright of Zimbabwean American nationality who is known best for the portrayal of Michonne in the AMC horror drama series The Walking Dead. She has also worked in several theatre productions. She was born in Grinnell, Iowa on February 14, 1978. Her parents are mother Josephine Gurira and father Roger Gurira who moved into the United States from Southern Rhodesia, which today is called Zimbabwe.

Youngest of four siblings, Danai Gurira lived in Iowa until the age of five after which she moved to Zimbabwe with her family. After studying high school there, Danai returned to the United States and studied Bachelors of Arts in psychology from the Macalester College. She also graduated with a Master of Fine Arts degree specializing in acting, from the Tisch School of Arts of the New York University.

Gurira started writing plays among which falls her off-Broadway play In the Continuum which earned her Helen Hayes Award, Outer Critics Circle Award and Obie Award for Best Lead Actress. Her Broadway debut was in August Wilson’s play entitled Joe Turners Come and Gone which won her the Whiting Award on the year 2012. Another theater credit includes writing the playwright for the song play Eclipse.

Gurira’s acting credits include acting first in the 2007 film The Visitor which won her Method Fest Independent Film Festival Award. Apart from other of her several film roles in Ghost Town, My Soul to Take, Restless City etc. she has also appeared in television shows like Law and Order: Criminal Intent, and also on the HBO drama Treme. She also went on the play the lead role in the drama film Mother of George and then joined the AMC’s The Walking Dead on its third season.

The actress landed an iconic role of Okoye in the Black Panther which became the highest-grossing 2018 film in the U.S. and Canada and second-highest-grossing film of 2018 worldwide. In the movie, she shared the credits along with Chadwick Boseman, Lupita Nyong'o, Michael B. Jordan, Angela Ba s sett, and Martin Freeman.

Danai Gurira's Net Worth And Earnings

Danai Gurira has collected a large amount of money from her acting career.  Her estimated net worth as per celebrity net worth is around $4 million, in 2019.

As far as her personal life is concerned, it has been known that Danai Gurira, a Christian speaks languages Shona, Xhosa, French, and English. She is also a playwright and acting teacher but is currently single as far as the tabloids are concerned. She has never been linked to anyone and her dating history comes out empty. She has not had a boyfriend and doesn’t seem to be interested in dating anyone as of now. Recently, her The Walking Dead co-star Norma Reedus posted a photo of him kissing her, which gave rise to speculations that they have an affair. However, the photo turned out to be a portion of the show.

The actress is not married yet and is also not dating anyone at present.