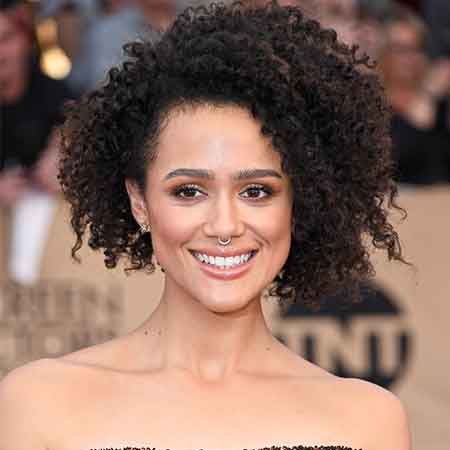 From the role of Missandei (personal servant to Daenerys Targaryen) in HBO's hit TV series, Game of Thrones to Megan Ramsey (British computer hacktivist) in action film Furious 7, British actress, Nathalie Emmanuel has come a long way and earned a huge fan following. She began her acting career in the late 1990s and has appeared in many television shows and movies since then.

Nathalie Emmanuel was born Nathalie Joanne Emmanuel on 2nd March 1989 in Southend-on-Sea, Essex under the birth sign Pisces. Emmanuel is the second child of her half Dominican and half English mother and half-Saint Lucian and half English descent father. Her parents raised her with her sister, Louise Emmanuel.

Emmanuel attended the independent St Hilda's School and grammar Westcliff High School for Girls. Later, she attended Masters Performing Arts College. From the very early age, she was interested to become an actress which was noticed by her mother. In an interview with the New York Daily News, she said,

''When I was 3, [I'd] always cause drama that my mum decided maybe I should channel it properly—so she started me on acting, singing and dancing cla s ses.''

When she was 10, she made her acting debut in West End production of musical The Lion King as Young Nala.

Nathalie Emmanuel made her TV debut as Sasha Valentine in Channel 4's British soap opera, Hollyoaks starring Jennifer Metcalfe, Stephanie David, and Kieron Richardson. She was a s sociated in the TV series from 2006 to 2010 appearing in 191 episodes.

She then appeared in several other TV series like Hollyoaks Later, Hollyoaks: The Morning After the Night Before, and Casualty among others.

Her breakthrough came in 2013 on HBO's fantasy drama TV series, Game of Thrones where she portrayed the role of Missandei (personal servant to Daenerys Targaryen). From season 3 to season 4 she had a recurring role but since season 5, she is working as a main cast of the series.

Emmanuel grabbed a huge fan following from her role in the series. The TV series starred Emilia Clarke, Kit Harington, Sophie Turner, and Lena Headey. Besides, in an interview with Jimmy Kimmel, she said that she was working in a clothes store as a shop a s sistant when she won the role.

In 2012, Emmanuel made her silver screen debut as Carla in thriller film, Twenty8k starring Parminder Nagra and Jonas Armstrong. Three years later, she appeared in the blockbuster movie, Furious 7. Some of her other popular movies include Maze Runner: The Scorch Trials, The Fate of the Furious, Maze Runner: The Death Cure, and The Titan.

Besides, her performance in the movies helped her to win the Screen Nation Award in the category of Best Female Performance in Film.

According to Celebrity Net Worth, Emmanuel has an estimated net worth of $1 million. She worked in several movies that made an amazing box office collection.

Moreover, Emmanuel earns a good salary from her TV series. According to some online sources, a TV star makes an average salary that ranges from $150k to $1 million.

Nathalie Emmanuel is yet to be married. As of 2018, she is rumored to be dating British actor, Alex Lanipekun. The rumors of their relationship started when the couple was spotted holding hands at the Ischia Film Festival.

Media and the fans immediately speculated about their affair, however, they have not confirmed the relationship yet.

Previously, Emmanuel had an affair with another English actor, Devon Anderson. They attended several events and ceremony together as a couple. Moreover, they were also rumored to be married secretly but the news was never confirmed.

Besides, she is a vegan. In an interview with Glamour, she said,

"I don’t trust the food industry, I don’t trust what they put in our food - it makes me feel sick actually.''

Check out the facts about Nathalie Emmanuel: