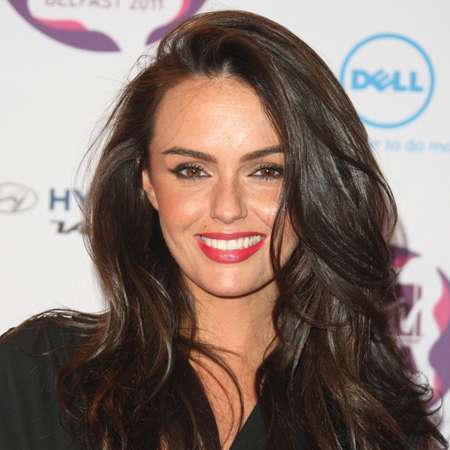 Professionally accomplished Jennifer Joanne Metcalfe who is popular as Jennifer Metcalfe is an English actress. She joined the cast of soap opera Hollyoaks in June 2006, characterized in the role of Mercedes McQueen.

Jennifer Metcalfe was born on September 4, 1982, in Bradford, England. She grew on the Holme Wood housing estate. She is the daughter of Colin Metcalfe.

Jennifer ethnicity is white and she if of English nationality. She wanted to become an actress from her early age. She attended the Scala Kids drama school in her hometown. She has also obtained a degree in Health and Fitness.

Later on, she appeared in one episode of television series My Parents Are Aliens playing the role of Katie Roberts in the year 1999. In 2002, she played the recurring role of Jade Nicholls in the television series Emmerdale.

In 2006, she began playing the role of Mercedes McQueen in the soap opera Hollyoaks. The show watched and loved by many people all around the world.

Metcalfe also appeared in a movie Birthday Girl in 2009 playing the role of Keeley.

Jennifer Metcalfe is not a married woman. She has dated several guys in the past. She dated Sean Stevens in 2006. However, their relationship did not sustain long. They separated after a couple of months. From 2007 to 2008, she dated British footballer Jermaine Pennant.

After splitting up with Jermaine, she started dating Ziggy Lichman. They split in a couple of months. Upon dating Ziggy, she dated Sylvain Longchambon from 2010 to 2012.

Currently, Jennifer is in a relationship with Geordie Shore star Greg Lake. She shares a good bonding and chemistry with her boyfriend. They love each other very much and showing no chance of splitting.

According to sources, Jennifer is currently pregnant.

Jennifer Metcalfe has the huge fan following on social networking sites. She loves to uploads her photos on Instagram. One of her fans can read her tweets on Twitter. Moreover, she is also available on Facebook.

Jennifer Metcalfe is earning an extraordinary income from her acting career. She has an estimated net worth of $2 million.