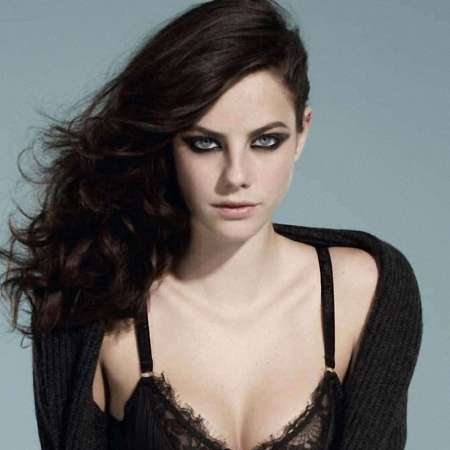 Kaya Scodelario-Davis born as Kaya Rose Humphrey is an English actress who was born on March 13, 1992, better known for her performance as Effy Stonem in a teen drama named Skins. She has also appeared in the Maze Runner film series as Teresa Agnes. Kaya was born to a Brazilian mother Katia Scodelario and English father Roger Humphrey in Haywards Heath, West Sussex. When she was a child, her parents got divorced and she was brought up by her mother. Therefore, she adopted her surname and also is very fluent in Portuguese.

Kaya was born and raised in England. There is no any information provided on her very childhood and education. During 2007, when she was of the age 14, she was in the cast of Skins and Effy Stonem and to the surprise, she was cast even when she did not have any acting experiences. Initially, she was discouraged in the auditions but it was the producer who told her to stay. That’s how it is called, when the god’s hands on you, nothing can pull you behind. She had the minimal speaking in the series but her character developed in the series during 2008.

She became the central character as the series advances in the year 2009 and 2010 making her the only character that stayed from series 1 to series 4 of skins. She made her film debut in from the science fiction- thriller movie Moon which was premiered in 2009. She then after started to appear in several of the movies like Shank, Clash of the Titans, Before I Die, etc.

She was also signed for Models 1 and has modeled for several of the famous and prestigious magazines like Teen Vogue, Nylon, Vogue, Elle Uk, Instyle Uk, Dazed & Confused and i-D. She is known as the lead character Teresa from the movie The Maze Runner and its sequel.

Kaya is married now and is living happily with her husband turned boyfriend Benjamin Walker. The two had met on the set of The Moon and the Sun and had begun dating. They fall in love and got engaged on 28 December 2014 followed by their marriage in December 2015. They have not been parents yet but the good news is expected to come anytime soon in the future. They are leading a very successful marriage now and no rumors or controversies are seen or heard of them onwards. Prior to getting married, she had an affair with her co-star from the series Skins, Jack O’Connell for about a year and split in June 2009 and continued being good friends. After him, she was also in relation with Elliot Tittensor.

Prior to getting married she usually used to get caught up in the news of hook ups and break ups but her marriage has silenced the topic but the rumors of her separation and being pregnant makes the wrong call on and often.

She has not been involved in any charity or social activities. Kaya Scodelario has a very good height of 5 feet and 6 inches with the accompanying body weight of 55 kilograms. Her net worth is estimated to be 5 million US Dollars. She was once voted as the 100 World’s Sexiest Women in 2010 on the 13th UK edition of FHM.

She is available on the social pages where she can be added and followed to get more updates on her. She is available on Facebook, Twitter, and Instagram. Wikipedia holds a good bio on her and besides, there are other websites on the internet which can be a tool to know more about her.