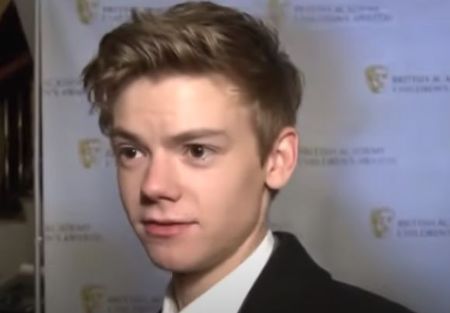 Thomas Brodie Sangster is a British actor who came to the limelight at an early age following his breakthrough performance in the star-studded romantic comedy Love Actually. The actor is also known for his role in the highly-rated series Game of Thrones.

Thomas Brodie Sangster was born on 16 May 1990, in Southwark, England United Kingdom. He is the son born to Mark Sangster and Tasha Bertram. His father was a musician as well as a film editor. Thomas was highly influenced by his father to pursue his career in acting. His great-grandfather Anthony Bertram is a former novelist.

Thomas has also a sister Ava. In the year 2003, he played the drum for his father during the making of Love Actually. His passion is for motorbikes and leather jackets.

How Tall Is Thomas Brodie Sangster?

As of May 2022, Sangster is 31 years old and his height is 5 feet 10-inch or 179 cm tall. He belongs of British Nationality and regarding his ethnicity, he is from a mixed background.

He stands at a good height and has been working hard to manage his body well fitted.

Started Acting From In 2001

Thomas Brodie Sangster is active in his career from 2001 until the present context. Thomas begins his career with his very 1st role in BBC TV films.

He started gaining higher motivation from the co-actors and then started planning for further steps within the film industry. Sangster after the BBC TV film also started appearing in several TV films. He has also performed in a lead role in Bobbie’s Girl, The Miracle of the Cards. 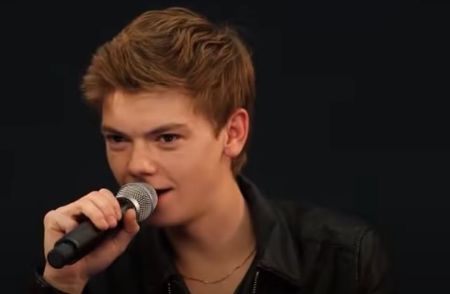 This story was based on Craig Shergold. He also won the award at the 43rd Annual Monte Carlo Television Festival where he won as “Golden Nymph”.

In the year 2018, the actor played in the movie Maze Runner: The Death Cure alongside Kaya Scodelario, Dexter Darden, Nathalie Emmanuel, Giancarlo Esposito, Aidan Gillen, and Walton Goggins. His other acting credits include Dragon Rider and The Queen's Gambit. His upcoming projects are Pistol, Unsinkable, and Mouse Guard.

Thomas Brodie Sangster has earned a huge amount of money from his prolific career. In the year 2018, he had an estimated fortune of $1.5 million as per Celebrity Net Worth. Currently, he owns $3 million in wealth in  2022.

The actor has landed a number of breakout roles in several successful TV and film projects. The average salary of an actor in England is £27,300 per year and £14 per hour.

In 2003, the actor made his big-screen debut appearing in the romantic comedy movie Love Actually which became an instant hit at the box office grossing over $246 million against its production cost of $45 million.

London-born Thomas is dating an English actress Talulah Riley as of  2022. After months of love rumors, the couple officially confirmed their relationship at the 2022 British Academy Film Awards Gala Dinner.

The couple has been enjoying each other's company as a partner for a very long. They are happily dating each other and hope the relationship only ends with marriage.

Previously, Sangster was in a relationship with his girlfriend Patience Harding 2008. The couple, however, separated in the following year. But the two haven't mentioned the reason behind their separation among their fans.

Thomas was also romantically linked with the former child actress Isabella Melling in 2012. The couple appeared together in 2016 at the London Critics' Circle Film Awards in nearly 2016. Later, they broke up.

GOT famed actor spends most of his time with his family and friends, especially with his sister Ava. Sangster also enjoys playing ba s s and guitar.

He learned to play left-handed guitar to appear in the feature film Nowhere Boy. He also loves to play drums.

Thomas's upcoming movies are listed as below: