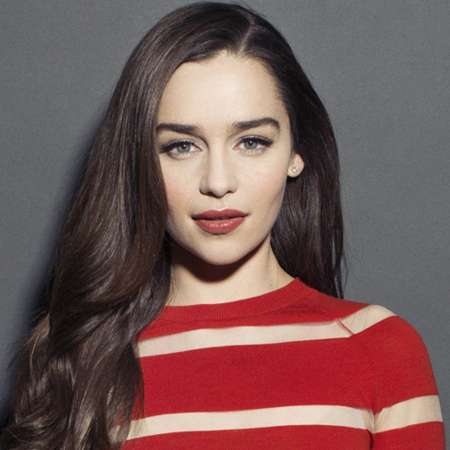 Popular for portraying Daenerys Targaryen or, Khaleesi from the hit HBO's TV series, Game of Thrones, Emilia Clarke, is one of the most desirable women in the world. She earned a huge fan following after she appeared on the highly rated TV series. Moreover, she also received several awards and nominations for her breakout role in the series.

The talented actress started her career from the very early age. For her amazing performance, she is paid millions which made her one of the highest paid actresses on TV. Some of her successful movies are Me Before You, Terminator Genisys, and Solo: A Star Wars Story.

Emilia Clarke was born Emilia Isabelle Euphemia Rose Clarke on October 26, 1986, in London, England. Clarke is British as per nationality and belongs to Mixed ethnicity. Her father(was a sound engineer) and mother, (Jennifer Clarke director of the charity The Animal Foundation) raised her with her brother in Berkshire. Her father died on the 10th of July 2016.

Clarke discovered her interest in acting from the early age of three after watching the musical Show Boat. She joined Rye St. Antony School for her early level of schooling and later she also became a part of St. Edward School for her further education. While studying at St. Edward, she worked in two plays. In the year 2009, she graduated from Drama Centre London.

As soon as she completed her education she became a part of Company of Angels and worked in its production of Sense. She also did many of the commercials during the very time and she was also featured across “UK Stars of Tomorrow” during the year 2010.

Initially, Emilia Clarke appeared in a film for a University of London students' short film.

Clarke made her movie debut in 2009 as Julie in the short film, Drop the Dog. In 2012, she portrayed the role of Sally Harris, a girl whom both Dodge and Tits show interest on, in a comedy film, Spike Island starring Nico Mirallegro, Elliot Tittensor, and Jordan Murphy.

Some of her famous movies include 2015's Terminator Genisys and 2016's Me Before You. As of 2018, she finished the shooting for thriller movie, Above Suspicion. Moreover, she was also offered for the franchise of Terminator Genisys but refused the proposal. In 2018, she also made an appearance in a critically acclaimed space western movie Solo: A Star Wars Story.

In 2009, Clarke also made debut in the TV in an episode of Doctors. The following year, she appeared in her first TV film, Triassic Attack as Savannah Roundtree.

Clarke's breakthrough came in 2011 after she appeared in one of the hit TV series of HBO, Game of Thrones. In the series, she portrayed the most popular character, Daenerys Targaryen (one of the last surviving member of House Targaryen). Her role is also known as a dragon queen, Khaleesi. Since then she is working in the series. She revealed that she did funky chicken and robot dance during an audition for the series.

Come meet me on the Game of Thrones set!! That’s right don’t choke on your cornflakes this ain’t not hoax—you, me and a behind-the-scenes sneak peek. Just bend the knee (obviously a pre-requisite) and click that link in my bio or go to omaze.com/got to enter! Plus, every donation supports the fantastic incredible much needed work of the Royal College of Nursing Foundation. #youknowyouwantto #lunchfortwo #couldbeyou #bendthekneeneverlookedsoeasy ##motheroftoyourleftyouwillseethefamoussetof.. @gameofthrones @thercn @omazeworld

The TV series starred Kit Harington, Sophie Turner, Peter Dinklage, and Lena Headey among others. Her performance was highly appreciated and has been nominated for several prestigious awards.

While auditioning for Game of Thrones, she was also offered for the role of Anastasia 'Ana' Steele in Fifty Shades of Grey. But she refused because of the nudity requirement. Some of her other TV series include Futurama, Robot Chicken, Animals and Thunderbirds Are Go.

In 2016, Clarke went topless for a photo shoot for Violet Grey. Her looks and elegance were highly praised. Prior to acting, she also appeared on the cover of Rolling Stone.

Emilia Clarke gave some amazing performance in the TV series and movies for which she has been nominated for several awards and won some of them as well. Here is the list of her won awards:

Emilia Clarke's Net Worth And Salary

Clarke also appeared in several movies with impressive box office collection, some of them include:

In October 2016, The actress bought a mansion for $4.6 million, in  Venice, California. The 2,800-square-foot home has two bedrooms and three baths inside.

Clarke not just earns huge money but also is involved in several charitable organization. She became an ambassador of SMA TRsut Team in 2011 and six years later, she became a patron of a non-profit organization, Open Door which helped the young people gain access to the acting school audition.

Clarke raised $120k for the J/P HRP & Disaster Relief Organizations after she auctioned a chance to watch an episode of Game of Thrones with her. As of 2018, she became an ambassador to the Royal College of Nursing in the UK.

Game of Thrones actress, Emilia Clarke is yet to be married. But Clarke had an affair with multiple of men in her past. In late 2018, the actress started dating with film director and writer Charlie McDowell. The couple confirmed their relationship via an Instagram post. 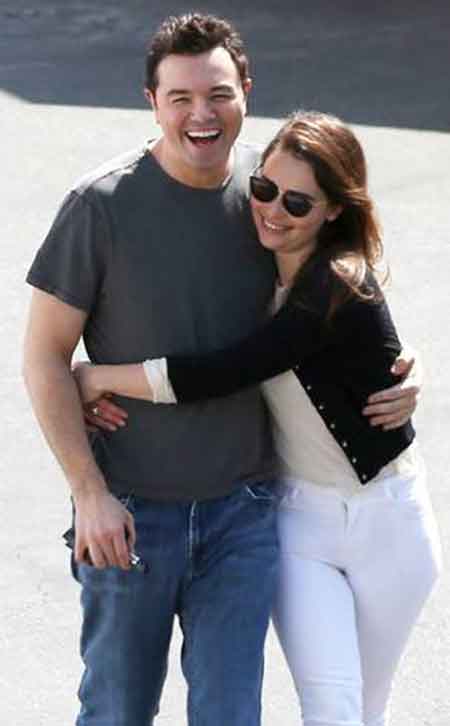 In 2012, Clarke dated American actor, her ex-boyfriend Seth MacFarlane. The relationship between the couple last for only six months and broke up for personal differences. After the split with MacFarlane, she was rumored to be engaged with James Franco. In an interview, when she was asked about the rumor, she said,

''He is, of course, beautiful. But I feel there's only a handful of women who could form an engagement after two meetings, and I'm not one of them.''

Moreover, Clarke was linked to several other guys like Jared Leto, Richard Madden, and Ji Courtney among others. As of 2018, she is not spotted with anyone so, she might be possibly single. When she was asked about her relationship status, she told,

''I'm soppy and I do like to believe that when the right person comes along, it will work because you want to make it work. Everyone else seems to manage it.''

Her above statement refers to that she is waiting for the right person. Despite her many relationships, she is still unable to found a perfect husband.

Besides, Clarke has amassed a mega fan following especially on her Instagram account she has more than 19.3 million followers as of 2019. She is also a dog person who has a pet puppy.

Here is the video which shows 5 facts about Emilia Clarke: