Who Is Danai Gurira Dating? The Avengers: Infinity War Actor Is Notoriously Private 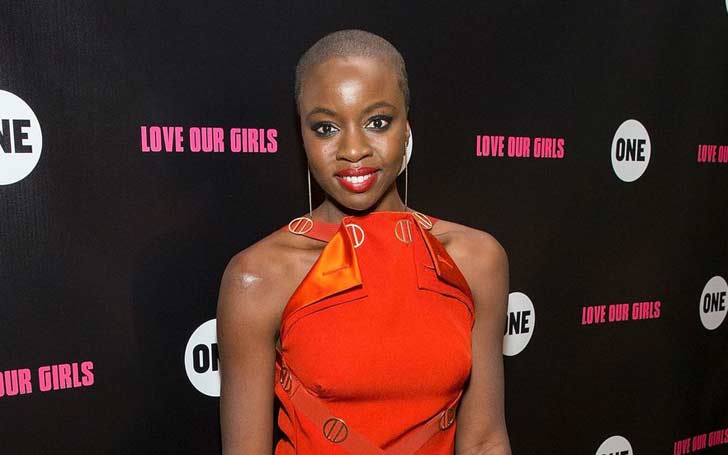 Avengers: Infinity War alum Danai Gurira is gaining worldwide acclamation for her amazing performances. There is no doubt that the 40-year-old actress is the next big thing in Hollywood but what about her personal life?

Is she dating someone? Or already married? What is her relationship status? We have all the details here.

Is Black Panther Actress Danai Gurira Dating Someone Secretly? Or Still Busy In Her Career?

With some hits, American actress Danai Gurira has been successfully gaining the attention of many all over the world.

She recently starred in the 2018 superhero movie Avengers: Infinity War alongside Chris Hemsworth, Robert Downey Jr., Scarlett Johansson, Tom Holland among others. She also starred in Black Panther released on 16 February in the United States.

The movie was a massive hit and was one of the highest grossing movies of Marvel. It collected $688,364,917 at domestic market and $1,333,668,777 worldwide. Chadwick Boseman, Lupita Nyong'o, Michael B. Jordan, Angela Bassett, Martin Freeman are some of the cast members of the film.

Achieving a lot of popularity and increasing number of fan followers is often followed by a number of speculation on one's personal life.

The Walking Dead actress, however, is still, not ready to share her dating life with her admirers. She is active on her social media and shares amazing posts with her friends and colleagues but hasn't mentioned anything about her dating life.

Her past link ups and relationships are also still in the shade. She was, however, once rumored to be dating The Walking Dead co-star Norman Reedus back in 2015.

With a number of questions and mystery on her personal life, Singer and songwriter Maxwell allegedly revealed that he is obsessed with Gurira.

During an interview back in February 2018, he walked the red carpet at the New York premiere of Black Panther at MoMA and told Page Six,

"The woman I would want to wine and dine from the film is Danai Gurira, but she might be taken. I used to watch her on ‘The Walking Dead,’ so I do have a bit of an obsession with her — and we share the same barber, by the way, so it could actually work out."

Gurira shaved her head while portraying her role in the movie. When asked about women with such look he said,

'Danai is so badass. I have not seen the movie, so I am walking in blank. I am just happy that there is a movie celebrating our culture.'

Will he get the chance to go out with the gorgeous actress in an amazing dinner or will she date someone in the following days? Let's see what goes next!

Gurira initiated her career as a playwriter and actor in Liberia, Zimbabwe, and Soth Africa.

She was praised with Obie Award and a Helen Hayes Award for starring in In the Continuum at Wolly Mammoth Theatre Company.

In 2007, she won the Method Fest Independent Film Festival Award for her role in The Visitor. She also performed various movies including 3 Backyards, My Soul to Take, Ghost Town, and Restless City as well the TV shows like Law & Order and  Law & Order: Criminal Intent.

She made her acting debut on Broadway in Joe Turner's Come and Gone in 2009. In 2012, she joined the cast of the horror-drama series The Walking Dead, the highest-rated series in cable TV history. She shared the screen with Norman Reedus, Andrew Lincoln, Lauren Cohan, Steven Yeun.

Besides an amazing career, she is also involved in charity works. She is the co-founder of Almasi Arts Inc.; the organization working to upgrade arts education in Zimbabwe.

Gurira founded the non-profit organization Love Our Girls that focuses on the issues and challenges of women all over the world. She partnered with Johnson & Johnson in aid against HIV/AIDS in 2016.