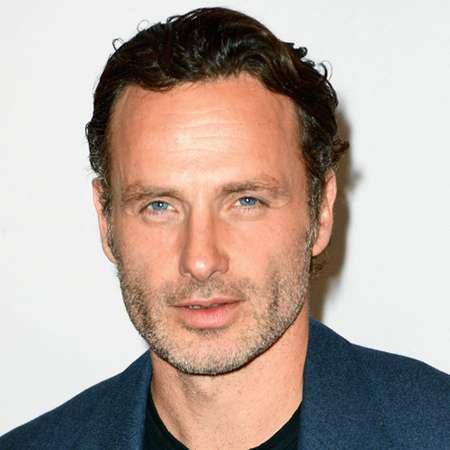 Andrew James Clutterbuck is a well-known actor known best for the portrayal of Rick Grimes in the ABC horror series The Walking Dead. The actor first grabbed rave following his role in a BBC drama This Life. He is also better known for her work on Channel 4 sitcom Teachers, Love Actually, and more.

Andrew Lincoln was born on 14th September 1973, in London, England, to a civil engineer father and a nurse mother. He holds British nationality and as far as his ethnicity is concerned, Lincoln is a Caucasian.

Born in London, the English star moved to Hull with his family at the age of 1 and to Bath at the age of nine. He studied from the Beechen Cliff School and acted first as Artful Dodger in the production of Oliver! in his school.

He studied acting at the Royal Academy of Dramatic Arts and made his first on-screen appearance in the 1994 sitcom Drop the Dead Donkey. He has a brother Richard Clutterbuck.

Andrew Lincoln obtained the role of Edgar Cook on the BBC drama This Life. He then got chances to act in a number of British television series including The Canterbury Tales, The Woman in White, Wuthering Heights etc. His major role in the British series Teachers as the probationary teacher Simon Casey was widely acclaimed.

He also acted as Robert Bridge in Afterlife and also in the series Strike Back. His film roles came next, which included movies like Human Traffic, Gangster No.1 as well as Heartbreaker. Love Actually, portrayed him as Mark and earned him wider recognition.

His theatre credits include acting in the stage production of Hushabye Mountain in 1999, Blue/Orange in 2000 and 2001, and The Later Henry Moss in 2006 as well as on Parlour Song in the year 2009. Also a director, he has directed two episodes for Teachers which won him a BAFTA nomination.

His most notable role up to date has to be when he was cast as Rick Grimes in the AMC’s The Walking Dead. He has been signed in to the hit show, with the high number of ratings, for six years. In his widespread acting career, he shared the screen with the actors like Jon Bernthal, Laurie Holden and Lennie James among others.

Andrew Lincoln is one of the popular actors in the world where his fame has earned a lucrative salary. As of 2019, Lincoln has an approximate net worth of around $16 million where his salary is speculated to be around $650k per episode. As of October 2018, the actor was paid $11 million from the TV show The Walking Dead.

Andrew Lincoln dated Tara Fitzgerald at around 1997. The relationship, however, lasted for only a year and the couple got separated in 1998. He started dating the daughter of Jethro Tull’s vocalist Ian Anderson named Gael Anderson.

Gael and Lincoln got married on the 10th of June, 2006. They have two children together. Andrew Lincoln has a son Arthur Clutterbuck and a daughter Matilda Clutterbuck with his wife Gael Anderson.

Andrew has bee living a happily married life with his wife for a long time. He currently lives in London with his spouse and two kids.