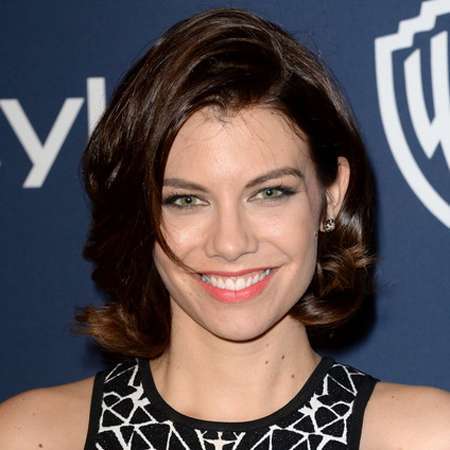 Lauren Cohan was born on January 7, 1982, in Cherry Hill, New Jersey, United States. Lauren lived in Cherry Hill and also in Georgia as a child before finally moving to Surrey in the UK. She was born to mother Susan Cohan, who belonged to the Scottish descent. She holds an American nationality and belongs to the mixed ethnicity.

She completed her education was carried out from the University of Winchester whereby she obtained a BA degree in Drama and English literature. She then moved into acting and split time between Los Angeles and London.

Cohan’s debut film role included acting as Sister Beatrice in Casanova after which she starred as Charlotte Higginson on Van Wilder: The Rise of Tai. She has also had film roles in Float and Death Race 2. Lauren was cast as Bela Talbot in the third season of Supernatural.

She also has the recurring role of the character Rose in The Vampire Diaries whereby she had an affair with the character played by Ian Somerhalder. She joined the cast of Chuck in 2011 as the role of Vivian Volkoff. Her other roles include acting in TV shows like Modern Family, CSI: NY, The Bold and the Beautiful, Cold Case, Archer, Life as well as Heavenly.

Cohan’s most notable role up to date has been that of Maggie Greene. She was cast in the role since the second season of The Walking Dead. She worked alongside Michael Rooker, Samantha Morton, Jeffrey DeMunn, Austin Nichols, Alexandra Breckenridge and many other famous actors in The Walking Dead. The Walking Dead is an AMC’s horror drama series which is based on the adaptation of a comic book of the same name.

The drama which has smashed all previous rating records has had Cohan in a recurring role but she started starring since the starting of the third season. This notable role in a notable television series has immediately raised her into the heights of fame.

Owing to her exclusive acting skills, Cohan has managed to bag a net worth of $4 million. She earned a good amount of money from her appearances on several films and television series including The Walking Dead. Her salary from her acting roles has not been revealed yet, however, considering her hard work and experience we can say that she might have earned a good salary.

Lauren Cohan is aged 37 years as of 2019. Cohan has managed to keep her personal life a well-under the radar. She had never been known to be in a relationship with any boyfriend and currently isn’t dating as well. She was rumored to be in the relationship with The Walking Dead’s co-star Steven Yuen, however, the rumor was never addressed by the actress.

Despite rumors, however, it cannot yet be confirmed if the couple is actually in an affair or not. She has never been married, does not have children and has never been questioned about her sexuality, thus making fans believe that she is actually straight.