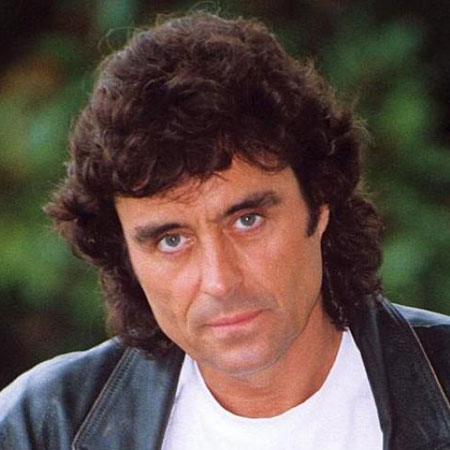 Golden Globe Award-winning actor, Ian McShane is well recognized for his role Al Swearengen in Deadwood. McShane is also popular for Lovejoy, Kung Fu Panda, and Pirates of the Caribbean: On Stranger Tides.

McShane made his TV debut in 1964 from Spanner in the Gra s s Works and the following year made his movie debut from The Wild and the Willing as Harry Brown. He appeared in several movies and TV series from where he collected an impressive net worth. He also grabbed several award nominations for his acting.

As of 2018, he is working in the fantasy drama TV series, American Gods. In 2019, he will be portraying the role of Trevor Bruttenholm in Hellboy.

McShane has been married thrice. He is currently, living with his third wife, Gwen Humble, an actress. The pair has no children yet but McShane fathers two children with his second wife, Ruth Post.

Ian McShane was born as Ian David McShane on 29th September 1942 in Blackburn, Lancashire under the birth sign Libra. McShane is British by nationality and belongs to MIxed ethnicity(Irish and English descent). He is the son of Harry McShane (1920-2012), a former Scottish footballer and Irene McShane.

McShane attended the Royal Academy of Dramatic Art. He later became the member of the National Youth Theater.

Ian McShane made his movie debut from romantic drama film, The Wild and the Willing in 1962, directed by Ralph Thomas. In 1965, McShane worked in the drama film, The Pleasure Girls.

McShane then appeared in several movies, such as Sky West and Crooked, Battle of Britain, Pussycat, Pussycat, I Love You, Tam-Lin, Freelance, Ransom, Exposed, Sexy Beast, Nine Lives, Grimsby and Jawbone. Among all the movies he is most recognized for his roles in

He also voiced several characters in different animated movies. In 2008, he voiced Tai Lung in the movie, Kung Fu Panda from which he gained a huge popularity.

In 2019, McShane will be portraying the role of Trevor Bruttenholm in the supernatural superhero film, Hellboy.

In 1964, McShane made his TV debut from Spanner in the Gra s s Works. Two years later, he appeared in You Can’t Win. Later, he appeared in Wuthering Heights, Space:1999, The Fantastic Journey, Jesus of Nazareth, Baker, Dallas, Madson, Kings, and Doctor Throne.

He, however, is popular for his roles in TV series like

As of 2018, he is working in the fantasy drama TV series, American Gods.

Ian McShane has been nominated for various awards for his work. Some of his won awards include

Some of his other nominated awards are Teen Choice Awards, Critics’ Choice Television Awards, Golden Globe Awards, Annie Awards and Satellite Awards among others.

Ian McShane has an estimated net worth of $10 million. McShane appeared in several hit movies that made an impressive collection at the box office.

CAPTION: Ian coming out of his car. SOURCE: Zimbio

McShane has a house in Venice Beach California. He owns an SUV Cadillac worth $34,705.

Ian McShane has been married thrice. McShane married his first wife Suzan Farmer in the 1960s. Farmer was a former English film and TV actress. The relationship between the couple did not last long and divorced in 1968.

Soon after his divorce, he started dating Dutch model and actress, Sylvia Kristel in the 1970s. The couple started dating after meeting for the first time on the sets of The Fifth Musketeer and eventually got married. Kristel was already married to author Hugo Claus when she met McShane. She later left her husband for him.

They share two children, Kate McShane and Morgan McShane. Their first child Kate was born in 1971 whereas their second child, Morgan was born in 1975. This relationship also ended in a divorce.

On 30th August 1980, McShane tied the knot for the third time to an actress, Gwen Humble. The couple is still together living happily in Venice, California.

Here is the video which talks the 10 facts about Ian McShan: