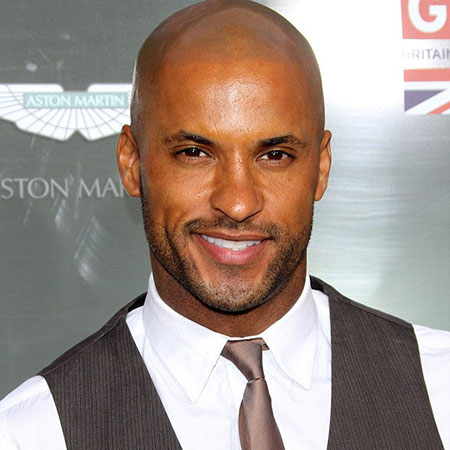 Ricky Whittle is a popular English actor from Oldham, England. He first came to prominence as a model for Reebok in the early 2000s. He is notable in the United Kingdom for his role as Calvin Valentine in the Channel 4 soap opera 'Hollyoaks'.

Ricky Whittle was born on November 23, 1981, in Oldham, England, UK. He is the son of Harry, a former Royal Air Force serviceman. He was interested in football since his early childhood.

Ricky Whittle began modeling and became the face of a Reebok campaign in 2000 while he was studying at the University. Ricky left University to pursue his acting career.

Carrying on with his football ambitions, in the third series, he was severely injured and broke his leg in seven places and was even forced into a long hospital stay.

Ricky Whittle was cast on BBC One’s Holby City as a gay character and his performance was amazing. Later, he played the role of Calvin Valentine in the Channel 4 soap opera 'Hollyoaks' until May 2010

In July 2012, he appeared as Charles on the season 2 of Single Ladies and also appeared as Captain George East in Jerusha Hess and Stephenie Meyer’s romantic comedy Austenland.

In 2014, Ricky Whittle began a recurring role in 'The 100' as a Grounder named Lincoln and was also upgraded to regular starter for season 2. He was also one of the contestants on the BBC reality series 'Strictly Come Dancing', where he was paired with Australian professional dancer Natalia Lowe. He made it to the final of the competition. However; he ended up taking second place by losing to television presenter Chris Hollins.

Ricky Whittle was in a relationship with popular actress and singer Carley Anne Stenson. The pair dated for few years and they tied the knot in the year 2006. However, their relationship could not last long and after three years of their marriage, they decided to divorce. The couple does not have any children together.

Ricky was not in any relationship with anyone after the breakup. However, he recently showed up in the media with the girl named Sara and his fans have started guessing if she is her boyfriend.

The restless acting and superb expression of Ricky Whittle have given him a place in the hearts of millions of people across the globe. Ricky has the height of 6 feet 2 inches.