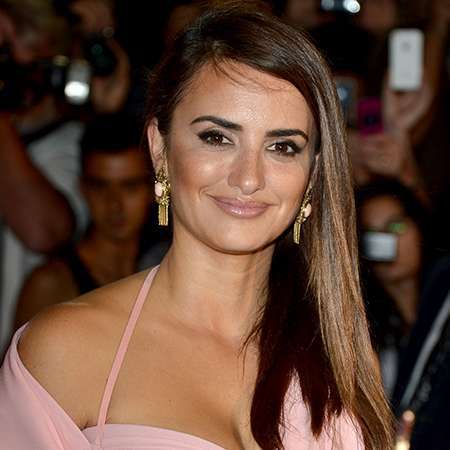 Penelope Cruz as we know was born as Penelope Cruz Sanchez on April 28, 1974. She was born in Alcobendas, Madrid, Spain. She is a Spanish belonging to the White ethnicity.

Cruz was born to her parents Encarna Sanchez and Eduardo Cruz. Encarna was a hairdresser and personal manager and Eduardo was a retailer and an auto mechanic. She was brought up Roman Catholic.

Cruz is the oldest of the three children born to her parents. Her younger brother Eduardo is a singer while her younger sister Monica is an actress. She describes her childhood as being happy and simple. She focused on dancing in her childhood and had never thought of becoming an actor.

Cruz Studied at Spain’s National Conservatory. She studied cla s sical ballet there. At Cristina Rota’s in New York School, she trained for three years in Spanish ballet and four years in theater.

Cruz began having an interest in acting when she was a teenager. Her acting dream came alive when she won an audition over more than three hundred other girls at a talent agency in 1989. In the same year that would also be her 15

In the same year that would also be her 15th year, she did her acting debut in the music video for the song “La Fuerza del Destino” by the Spanish pop group Mecano. She hosted the talk show La Quinta Marcha on Spanish TV channel Telecinco.

Cruz hosted the program between 1990 to 1997. In the French TV series Serie rose in 1991 she appeared completely naked. She debuted in a feature film, Jamon at the age of 18 in 1992. She appeared topless in the movie. The film got warm reviews.

That same year she worked in another film called Belle Epoque. She was considered as a versatile actress after this film. By the time she was 20, Penelope had moved to New York for two years to study ballet and learn English.

Through the year 1997 to 2000, she received some critical acclaim. In 1997 she was seen playing Diana in the Spanish comedy movie Love Can Seriously Damage Your Health.

Cruz closed the year with the sci-fi movie Abre Los Ojos (Open Your Eyes). The movie got positive reviews. Some of her other works of the time were, The Hi-Lo Country, The Girl of Your Dreams, All About My mother, Woman on Top and All the Pretty Horses.

Cruz established herself as an actress through this time mostly getting good reviews. She admitted on having problems at first because of her very limited knowledge of the English language.

From 2001 to 2005, Cruz received major success. It was a breakthrough in her career. In 2001 she did films like Vanilla Sky, Blow, Don’tTempt Me and Captain Corelli’s Mandolin.  In 2003 she did a horror movie called Gothika.

The same year she did Fanfan Tulipe and the movie was not taken well. In 2004 she did films as Noel and Head in the Clouds. She gained critical acclaim for the latter.

Cruz did an action adventure movie called Sahara in 2005 which turned out a big flop. Don’t Move was her last film of the year and it ended up doing good. From the year 2006 she became a worldwide sensation. That year she did western comedy film Bandidas which became a major hit.

Some of her other movies till now are Manolete,  Volver, The Good Night, Elegy, The Dying Animal, Vicky Cristina Barcelona, G- Force , Broken Embraces, Sex and the City 2,  fourth Pirates of the Caribbean film etc.

Cruz, 43, is married and has two children. She currently resides in Madrid, Spain with her husband and children.

Cruz married Spanish actor Javier Barden in early 2010. They began dating in 2007. She has two children with Javier. In 2011, she gave birth to her first child, a son named Leonard. In 2013, the couple welcomed their second child, a daughter named Luna.

Cruz believes in breastfeeding and publicly advocates of the cause. She had a three year long relationship with actor Tom Cruise. The couple broke up in January 2004.

Body Measurement, Net Worth and Salary

Even now she is known for her sex appeal. As of now she is 43 years old with two children but looks ravishingly hot. Her nude, semi-nude and very hot and sexy pictures can be easily found online.

Cruz has earned a huge amount of salary from her acting career. Her movie, Pirates of the Caribbean: On Stranger Tides has made a huge gross of $1.04 billion worldwide. She has maintained an incredible net worth of $55 million.

In 2009, Cruz won an Oscar for Best performance by an Actress on a supporting role for Vicky Cristina Barcelona. She won a BAFTA award in same category, an Alma Award and BSFC for the same movie.