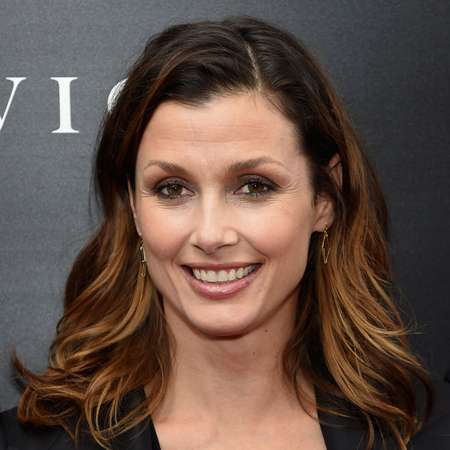 Bridget Moynahan is one of the recognized faces in the field of acting came to attention following her marvelous performance in the police drama Blue Bloods.

Bridget Moynahan was born as Kathryn Bridget Moynahan on September 21, 1971, in Binghamton, New York, to Irish American parents Mary Bridget who was a school teacher, and Edward Bradley Moynahan, who is a scientist and former administrator at the University of Massachusetts Amherst.

She has two siblings named Andy and Sean. She spent most of her childhood in Longmeadow, Massachusetts. Her family moved to Longmeadow when she was around seven years old. Bridget is of American nationality.

Bridget attended Longmeadow High School based in Longmeadow. While there, she was captain of the girls' soccer, basketball, and lacrosse teams.

She then graduated in 1989. She then began pursuing a career in modeling. Therefore, she started appearing in department store catalogs and magazines, and, also in television commercials. She then started taking acting lessons.

Moynahan went on to make her television debut in a guest appearance in the comedy series Sex and the City in 1999 as the character Natasha Nijinsky.

She then bagged roles in series like Going to California, ABC television series, Six degrees as the character Whitney Crane in 13 of its episodes, Eli Stone, Bunker Hill, and CBS drama Blue Bloods as character Erin Reagan Boyle in 84 of its episodes.

Bridget has been seen in movies like Coyote Ugly, Whipped, Serendipity, The Sum of All Fears, The Recruit, the science-fiction movie I, Robot as the character Susan Calvin, the political thriller Lord of War, Grey Matters, Unknown, Prey, Noise, Romana and Beezus, Battle: Los Angeles. She will soon be seen in 2015 The Midnight Sun as Luke’s mom.

Maxim magazine named her number 96 in 2006 on its annual "Hot 100" list. There was a rumor that her nude pictures had been leaked on the internet.

She has signed a deal with Garnier to be its face in television and print ads to promote its Skincare products. Bridget has a charming personality and is adored by her cast members and her audience.

In the year 2017, the actress played the role in the action thriller movie John Wick: Chapter 2 sharing the credits with Keanu Reeves, Common, Laurence Fishburne, and Riccardo Scamarcio.

As of Feb 2019, Bridget Moynahan has an estimated net worth of around $25 million, according to Celebrity's net worth.

The actress is also the proud owner of Bridget Moynahan's BMW X5 which is worth around $75,000.

Bridget had been dating screenwriter Scott Rosenberg. They stayed in a relationship for three years after which Bridget began dating American football quarterback, Tom Brady in 2004.

The couple separated on December 14, 2006. In the same month, Bridget announced that she was three months pregnant with Brady’s child. She went on to give birth to their son named John Edward Thomas Moynahan in August 2007.

Bridget went on to date director Joseph McGinty in September 2010. She then got into a relationship with businessman Andrew Frankel in 2013.

The couple got married on October 17, 2015, in the Hamptons. They are residing in Pacific Palisades in California with their children.

Bridget Moynahan is currently 47 years old and stands tall at a height of 5 feet 10 inches. She has a well-maintained figure.