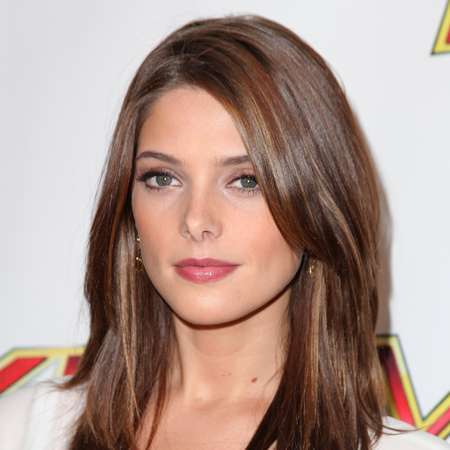 Ashley Greene is an American actress and model widely known for playing the role of Alice Cullen in the film adaptations of Stephenie Meyer's Twilight novels. She has been married to Australian television star Paul Khoury since 2018.

Ashley Greene was born as Ashley Michele Greene on February 21, 1987, in Jacksonville, Florida to her mother Michele who works as an insurance agent, and her father Joe Greene who was a U.S. Marine and now owns his own concrete business. Greene spent her childhood days in Middleburg and Jacksonville with his older brother, Joe.

Ashley attended the University Christian School. Later she was transferred to Wolfson High School when she was in tenth grade.

Greene was very interested in becoming a model. However, she was told to divert her interest to acting as her height at 5 feet 5 inches was not enough to become a fashion model. At the age of 17, Ashley moved to Los Angeles, California in order to pursue an acting career.

Green began taking commercial and acting classes, and eventually was interested in acting and then comprehended that she favored acting over modeling. Greene went on to graduate from high school early and then moved to L.A.in order to pursue an acting career.

Ashley had a slow start in her acting career with appearances as a guest on such television programs. Greene then had her big break in 2008 when she was cast as Alice Cullen in Twilight, which is a film based on the novel of the same name by Stephenie Meyer.

Greene then went on to bag the character of Michelle Burkham in the drama film Skateland. The movie went on to premiere at the 2010 Sundance Film Festival. Greene went on to act in the movie A Warrior's Heart and then also in the thriller film, Summer's Blood.

She was then seen in The Apparition. Greene is noted for appearing alongside singer and actress Miley Cyrus and Demi Moore in 2012 drama film LOL. Greene then starred in the historical film CBGB in 2013.

There was a rumor that she was having an affair with Ian Somerhalder. In the same year, she began seeing actors like Rafi Gavron, Adrian Grenier, Seth Mcfarlane, Jared Followill. She then began dating actor Brock Kelly in 2010. She then had a relationship with singer and actor Joe Jonas till 2011. Greene dated Reeve Carney till 2012 after which her boyfriend was Ryan Phillippe.

Following her split with Ryan Phillippe, Ashley Greene started dating Australian television personality Paul Khoury in 2013. After three years of dating in December 2016, the two got engaged when Paul popped the question in New Zealand.

This is the most beautiful moment I could have ever hoped for. You've successfully made me the happiest, luckiest woman alive. I can't wait to show you my unfaltering immeasurable love for the rest of our lives. #engaged # #loveofmylife #futurehusband

After one and a half years of their engagement, they tied the knot in a stunning ceremony in California on July 6, 2018. They have been happily married ever since.

Greene is currently 33 years old and has a height of 5 feet 5 inches, as of 2020. Greene's nude self-portraits were leaked onto the internet in 2009.

Greene has a whopping net worth of $8 million, as of 2020, according to Celebrity Net Worth. is estimated to be $10.5 million.

Later her attorney threatened to sue various websites that had been publishing her pictures. Green appeared nude in a body painted bikini posing for SoBe advertisements for the 2010 issue of the Sports Illustrated Swimsuit Edition. She has won numerous Teen Choice awards including Movie Fresh Face Female, Scene Stealer Female, and Most Fanatic Fans all for her role in Twilight Saga.

She has been nominated for two Scream Awards including Best Supporting Actress and Best Ensemble Cast also for Twilight. Greene grew up watching football and is a Florida Gators fan. She also had attended a Green Bay Packers game against the New York Giants at Lambeau Field in 2010.