After Splitting From John Cena, Nikki Bella Is Dating Someone-Who Is Her Boyfriend? 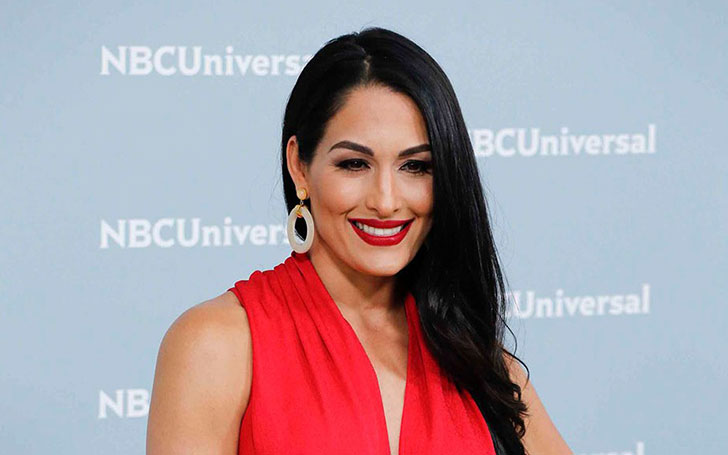 According to sources, she is recently seen with another guy. So, who is the lucky fellow she has given her heart? Is he any comparable to her previous boyfriend John Cena? We have got it all here...

Who Is Nikki Bella's New Boyfriend?

The Total Bellas star, Nikki Bella who was enjoying her single life after her separation from John Cena has finally moved on. Several sources reported that she is dating a ballroom dancer, Artem Chigvintsev.

According to US Weekly, Nikki and her former Dancing with the Stars Partner Chigvintsev are seeing each other for a while and enjoying quality time together.

The professional female wrestler, 35, was a dancing partner with Artem, 36, in the 25th season of the dancing competition show in 2017. Artem kept in touch with Nikki after her breakup.

Nikki Bella and Artem Chigvintsev are dating and that is today’s tea pic.twitter.com/AX8mfUCAY4

She seems pretty excited about her new relationship. In an interview, she said:

"I haven’t kissed another guy in nine years. I lost for so many years, That was all my fault. I’m the one who forgot about me. I have realized now to truly have a happy life, you have to give yourself so much love first and work on you in any way you can."

Nikki Bella And John Cena-What Happen Between The Once Happy Couple?

Prior, she was engaged to WWE star John Cena on April 2017. They were dating each other since 2012. John Cena proposed Nikki Bella just before the match and they eventually got engaged in April 2017.

In an episode of the Total Bellas in 2018, when Nikki wished for children, Cena shared his thoughts about children. The then-couple were against each other's opinion of children. Nikki wanted to be a mother but Cena was happy without any responsibility of a child. 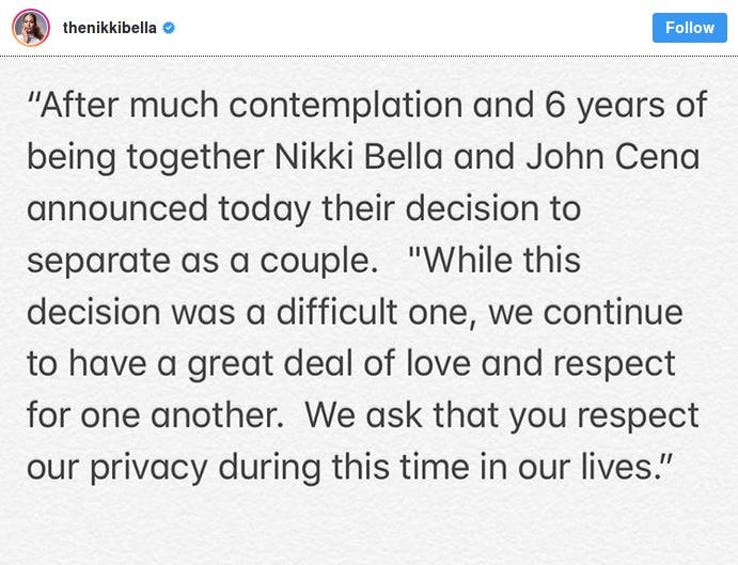 In April 2018, Cena and Bella broke up after six years of their blissful relationship. They separated just a few months before their marriage which was planned for 5 May 2018.

They were, however, frequently spotted together for coffee after calling off their relationship. When everyone thought, the former pair was giving each other one more chance, it turned out they wanted to just friends.