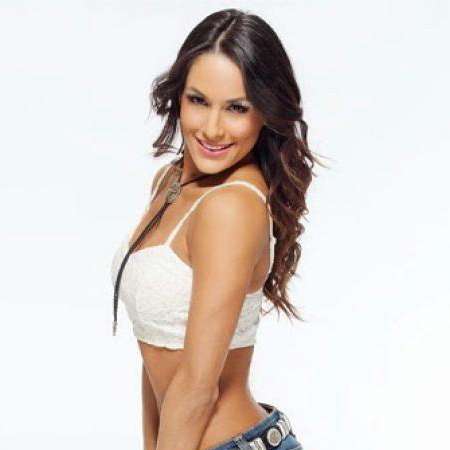 Brie Bella, born as Brianna Monique Garcia-Colace is one half of the duo that forms the WWE professional wrestlers, Bella Twins. She has a twin sister Stephanie and together they are models, wrestlers, and actresses who have made their name in the respective areas. Born on 21st November 1983, Brie was born to parents Jon Garcia and Kathy Colace in Scottsdale, Arizona.

Brie is of Mexican as well as Italian descent and played soccer as a child, starting from the second grade for various Scottsdale Clubs. She graduated from the Chaparral High Scholl in the year 2002 and moved to Los Angeles where she worked as a waitress in the Mondrian Hotel. She and her sister Nikki Bella finally started modeling, doing promotional work and acting. The twins made their first TV appearance on the reality show of the Fox entitled Meet My Folks. They were then chosen to be the Budweiser World cup Twins and were pictured with the World cup Trophy. They participated in the 2006 WWE Diva Search but were not selected.

Brie later moved on to be a part of the professional wrestling team with her sister Stephanie.  Brie, as well as her sister, has been WWE Divas Champions. Apart from their success in the field of wrestling, they have appeared in 2012 on Ridiculousness. They are the main cast of the television show Total Divas starting from 2013 until now. They have also made an appearance in films like Confessions of a Womanizer as Erica and Sally in 2014. On 2015, they have appeared as Brie and Nikki Boulder and have given voice performances for The Flintstones and WWE: Stone Age SmackDown!.

Brie Bella's Net Worth And Earnings

Brie Bella has an estimated net worth of around $7 million, in 2019. The professional wrestler has collected such a hefty amount from her various works.

As far as her personal life is to be concerned, Brie Bella and her sister both have been the subject of constant speculations regarding their lives and have been on the news for their relationships. Brianna is a married woman. The couple did not fare well and split up soon after. She then started dating professional wrestler Daniel Bryan. After a long time affair, Bryan proposed to his girlfriend and they announced their engagement publicly on 2013, September. After almost a year of being engaged, the couple got married on 11th April 2014. The couple currently seems to be doing pretty well together and do not seem to be moving towards martial issues or divorce.

Bella and her husband Bryan welcomed their first child, a daughter named Birdie Joe Danielson, on May 9, 2017. Bella was announced her pregnancy on April 11, 2016.

Previously, Bella had an affair with the guitarist of the Poison band Richie Kotzen.

This pretty actress and wrestling diva has a height of 5 feet and 6 inches.