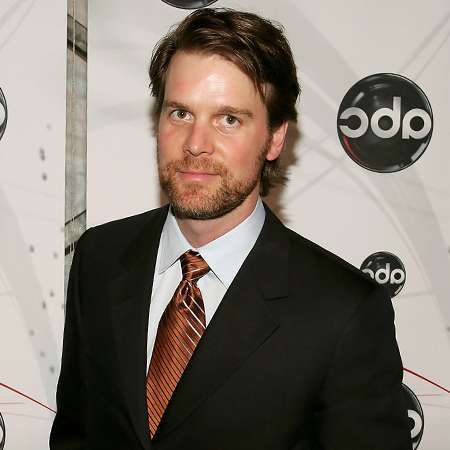 Peter Krause, born Peter William Krause, is a very popular American film and television actor, director, and producer. He has dedicated several years to this field. He is actively involved in this entertainment world since 1987.

Peter is best known for his roles on the series Six Feet Under as Nate Fisher, as Adam Brave man in Parenthood, Sports Night as Casey McCall, and as Nick George in Dirty Sexy Money. Peter has earned his identity through his marvelous skill in acting and giving out the best series on the television screen.,kk

Born in the year 1965 August 12 in Alexandria, Minnesota, the USA to a teacher mother and a high school English teacher father, Peter spent most of his early age in Roseville Minnesota. He has two siblings, Michael and Amy.

Since day one, you’ve given me everything within your power to help me to succeed. You encourage my dreams and never once have questioned my path. With all of my heart I thank you and I love. Thanks for bringing me into your world. #33yearsyoung #guysingowns

Peter went to Gustavus Adolphus College located in St. Peter, Minnesota, and graduated with a degree in English literature. He has completed a Master in Fine Arts in Acting from New York University’s Graduating Acting Program at the Tisch School of the Arts.

Talking about the career life of Peter, he initially got small roles in television plays and movies. His first debut on the screen was from the movie Blood Harvest in the year 1987. He mostly used to appear in guest appearances on television shows such as Seinfeld, Beverly Hills, etc.

In the mid-90s, he got the recurring role in the four seasons of Cybill as Cybill Shepherd. He also appeared in the role of Casey McCall in the ABC Network’s comedy Sports Night from 1998 to 2000.

The show got considerable critical acclaim but because it failed to find an audience, the show got canceled after the two seasons of its airing. From 2001 to 2005, Peter starred in the HBO drama series Six Feet Under for which he had received seven award nominations including three Emmy awards.

Peter also has appeared on Broadway in 2004 in the play After the Fall. In 2006, he played in the Lost Room which is a Sci-Fi channel miniseries. He began to appear in ABC’s Dirty Sexy Money from 2007-2009 as young lawyer Nick George.

In 2009, he worked in the NBC comedy-drama series Parenthood which has been aired from 2010 till the present. His last appearance in the movie arena was Beastly as Rob Kingsbury in 2011.

As of 2019, he has an estimated net worth of $20 million. He has collected all of his worth from acting like the average salary of the actor is around $50 thousand.

Peter and his former girlfriend Christine King have a son named Roman born in the year 2001 out of their wedlock from their love affair. Since 2010, Peter has been dating with his Parenthood co-star Lauren Graham. This proves, Peter is not gay.

Peter has a long list of fans following for his excellent acting skills and his personality. He is active on social sites. His fans go crazy looking at his shirtless pictures. Peter can be followed on his social networking page and be updated with his activities.

His biography is available on different internet sites including Wikipedia, IMDb, etc including his pictures, videos, and articles on him. 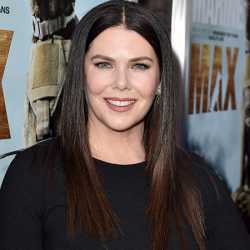