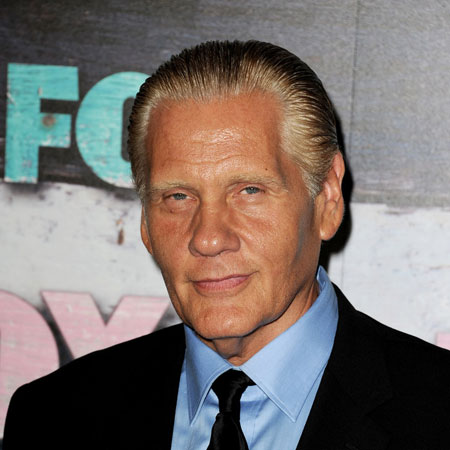 American actor, William Forsythe is a well-known actor, noticeable for his gangster types and tough guy roles in several films particularly, Raising Arizona, Once Upon a Time in America, Out For Justice, Dick Tracy, Stone Cold, Things to Do in Denver When You're Dead, The Devil's Rejects and so on.

Often presumed to be related to the 60's and 70's drama king, John Forsythe, the actor has several credits on television as well. Known for his role as "Al Capone" in the TV series The Untouchables, the actor was once happily married. He was married to actress Melody Munyan and shares three daughters, Rebecca Forsythe, Chloe Merritt, and Angelica Forsythe.

In 1993, Forsythe was nominated for Independent Spirit Awards under Best Supporting Male for the movie The Waterdance (1992).

Forsythe went to South Shore High School. During his childhood days, he developed his skill towards acting and studied acting at The Beverly Hills Playhouse. The actor, however, never fully considered acting as his major passion back in those days. His teacher forcefully made him play "Caesar" in a school production of Shakespeare's "Julius Caesar that inspired him to perform and act.

He began acting at the age of 10 and started enjoying performing on stage and other theatrical works.

William Forsythe began acting in local productions in his early teens, eventually landing roles on and off-Broadway. He then played iconic roles in the number of movies as well as a television series.

Forsythe made his acting debut with 1979 shot movie, Long Shot as Bille. He then starred in 1981 American drama film, King of the Mountain as Big Tom.

Afterward, Forsythe made his appearances in the number of movies and the list is given below:

William Forsythe also worked in various popular television series. In 1981, he starred in an American made-for-television drama film, The Miracle of Kathy Miller as Mark. Some of his television credits include:

His dominating and unlikeable characters have truly made him a dynamic entertainer in the industry. He has stated that his personal favorite role is Burt the Booster in 1987 movie, Weeds.

William Forsythe has an estimated net worth of $8 million. He has been in the industry since the 1970s and has given some massive hits during his career. Some of his hit movies, which made a good collection at the box office are listed below:

Not only this, he earned a huge sum from his work in one of the hit period drama series, Boardwalk Empire which received 8.6 ratings out of 10 in IMDB.

William Forsythe is possibly single at present. He was previously married to his first wife Melody Mundon. The former couple is blessed with three daughters together: Rebecca, born in 1990, Angelica, born in 1992 and Chloe, born in 1993.

The pair, however, failed to sustain their marriage & parted ways, after few years of marriage. Ever since he's not been linked to any of the co-stars or secret girlfriends.

Forsythe is passionate about acting and he's always loved what he does. In an interview, he revealed how he tries to create a character every time and put life on it. He's a huge fan of Marlon Brando and growing up he became obsessed over him. He also loves  Deep Impact star Rober Duvall and considers him the best American actor. Aside from acting and performing, he likes reading and meditation.