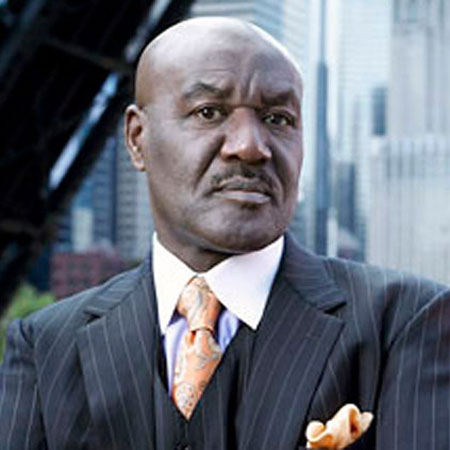 British-American actor as well as a theater director, Delroy Lindo has been in the entertainment field since the 1970s. His performance in epic biographical drama film Malcolm X earned him critical praise in 1992. Lindo is also known for his roles in various movies, including The Cider House Rules, A Life Less Ordinary, The One, Romeo Must Die and many more. His amazing performances have also earned him nominations for several awards including Tony and Screen Actors Guild Awards.

Lindo is married to artist and arts educator Nashormeh Lindo since 1990. The couple shares a son together and the family of three resides in Oakland, California.

Lindo is the son of Jamaican parents who had emigrated to Britain. He spent most of his early childhood days growing up in London’s Lewisham district. His mother was a nurse while his father did various jobs.

During his childhood days, Lindo moved to Toronto, Ontario, Canada, along with his mother. Later, they shifted to San Francisco when he was just six.

Lindo developed a passion for acting after watching the productions of The Taming of The Shrew and Cyrano de Bergerac on public television. At the age of 24, he went to the American Conservatory Theater and graduated in 1979.

Lindo has an honorary doctorate in Arts and Humanities from the Virginia Union University. In 2004, he earned his Bachelor of Fine Arts degree from San Francisco State University.

Delroy Lindo started his career by working at the variety of jobs that ranged from busing tables, driving cabs, and selling pesticides over the phone.

He made his first screen debut in the 1979 British comedy Find the Lady. The same year, he was featured in American coming-of-age comedy film, More American Graffiti as Army sergeant. He quit film for 10 years to focus on theatre for most of the 1980s.

Lindo made his Broadway debut with "Master Harold"...and the Boys, in 1982. His first major breakthrough came following his appearance in a touring production of Lorraine Hansberry's classic A Raisin in the Sun, in 1987. After a few years, he appeared in August Wilson's play Joe Turner's Come and Gone on Broadway. His amazing performance earned him a Tony nomination.

After guest appearing in few movies, Lindo got his first film as a lead in the director and producer, Spike Lee in the 1990s; Malcolm X, Crooklyn, and Clockers. His other major motion pictures include Get Shorty in 1995 and Ransom in 1996.

Lindo starred along with legendary African-American baseball pitcher Satchel Paige in the made-for-television movie The Soul of the Game. For his performance, he received an NAACP Image Award nomination. He also appeared in the romantic comedy A Life Less Ordinary in 1997.

Lindo’s first role in a big-budget movie came in 2000 when he got a chance to appear in the American action heist film, Gone in 60 Seconds, sharing the screen with Nicolas Cage, Angelina Jolie, Giovanni Ribisi, and Will Patton among others.

Lindo also made a number of appearances in television. In 2006, he was featured as an FBI agent in a short-lived series, Kidnapped for a year. Lindo then won NAACP Image Award for Outstanding Supporting Actor in a Drama Series, Law & Order: Special Victims Unit.

Some of his television credits are Beauty and the Beast, A Man Called Hawk, Mercy, Robot Chicken, Believe, Blood & Oil, and Marvel's Most Wanted among others.

In 2017, Lindo featured in an episode of TV drama series This Is Us. As of 2018, he is starring in American legal and political drama web television series, The Good Fight as Adrian Boseman; he was nominated for Critics choice television award for Best Supporting Actor in a Drama series.

Delroy Lindo has earned a considerable amount of money from his career, as an actor and director. According to some reliable online sources the American actor's net worth is believed to be more than $4 million.

Some of his commercially successful movies are:

Delroy Lindo has been married twice. He first married Kathi Coaston on 16th May 1978. Their relationship ended in a divorce and the reason behind the separation was kept secret from the public.

He, later on, tied the knot to an artist and arts educator Nashormeh Lindo in 1990. The couple is blessed with a son named Damiri Lindo and they reside in Oakland, California.

He is a huge fan of the London-based football (soccer) team Arsenal.

Let's check out the interview of Delroy Lindo