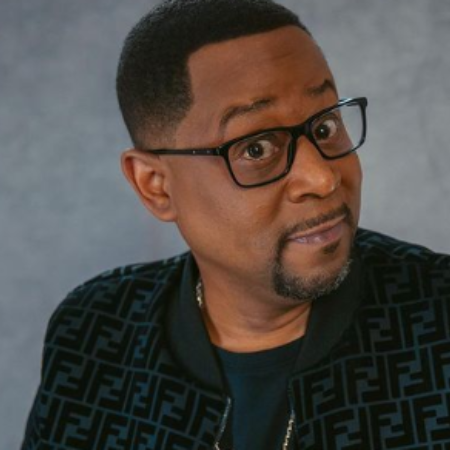 Martin Fitzgerald Lawrence is an American stand-up comedian, actor, writer, and producer. He is notable for his roles in the sitcom Martin and many feature films, such as ‘House Party’, ‘Boomerang’, ‘Bad Boys’, ‘Wild Hogs’, ‘Nothing to Lose’,’ Blue Streak’, ‘Life’, ‘Big Momma's House’, and ‘A Thin Line Between Love & Hate’.

Martin Lawrence was born on April 16, 1965, born in Frankfurt, West Germany. His parents were African-American and were serving in the U.S. military. He was the fourth of six children. He was named after Martin Luther King, Jr. and U.S. President John F. Kennedy. After his parents got divorced when he was eight years old, he stayed mostly with his mother, who worked several jobs to support the family. Lawrence rarely saw his father, who worked as a police officer.

As a teenager, Lawrence was an avid boxer. He was raised in New York and Maryland, and attended Thomas G. Pullen School of Creative and Performing Arts, Fairmont Heights High School, Eleanor Roosevelt High School and Friendly High School in Fort Washington, becoming a Mid-Atlantic Golden Gloves boxing contender. His intentions of becoming a professional boxer ended when he suffered eye damage.

Unable to continue his boxing career, Lawrence ended up moving to New York City, where he found himself working in the legendary comedy club ‘The Improv’. Shortly after, he won a performance spot on Star Search, but despite his efforts, did not win in the final round. His first acting job was the role of Maurice in ‘What’s happening now!!’. After some roles here and there, he made a breakthrough by playing the role of Cee in ‘Do the Right Thing’. Soon after, other roles followed in films such as the ‘House Party series’, ‘Talkin' Dirty After Dark’, and the Eddie Murphy vehicle ‘Boomerang’. Lawrence was also selected to be the host of the groundbreaking series Def Comedy Jam, from which he gained mainstream exposure.

Lawrence then went on to appear in his own hit series, Martin, which aired on Fox TV. The show ran from 1992 to 1997 and was an enormous success. He also hosted Saturday Night Live but was banned for his crude remarks. After Martin ended, he found work in many comedy films, including ‘Nothing to Lose’, ‘Life’, ‘Big Momma’s House’, ‘Big Momma’s House 2’, ‘Wild Hogs’, etc. He is also notable for playing in the ‘Bad Boys’ series as Detective Marcus Burnett.

Martin Lawrence's Net Worth, Salary, And Major Source Of Income

The 57 years old comedian has collected a large amount of net worth from his distinguishable career. As per celebrity net worth, the comedian had a net worth of around $110 million, in 2019. Similarly, his net worth as of 2022 is $120 Million with an annual income of $6 Million and a monthly income of $500 thousand.

Furthermore, the media personality made news headlines for his Beverly Hills house which was supposed to be rented for $200 thousand a week. Currently, the actor is living in his Virginia house which he bought in 2019 for $8.5 Million. The comedian owned a farm in Purcellville Virginia for a long time.

Lawrence has had a busy love life. In 1993, he was engaged to actress Lark Voorhees. He then married to his ex-spouse Pat Smith in 1995, who was once Miss Virginia. They have a daughter, Jasmin Page. But the couple got divorced in 1997. After a long time of dating, the comedian married his ex-spouse Shamicka Gibbs on July 10, 2010. They have two daughters together: Iyanna Faith and Amara Trinity. They got divorced in 2012. The actor shares a healthy relationship with his daughters, who are also part of the showbiz industry.