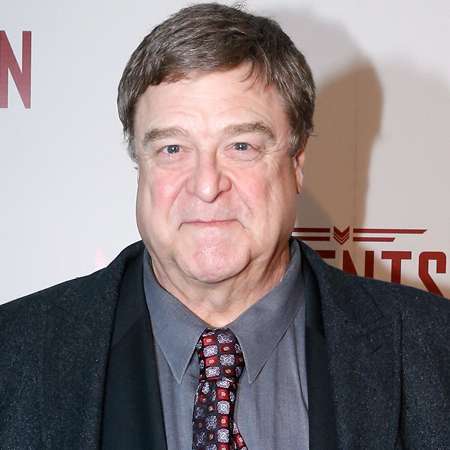 Born John Stephen Goodman, John Goodman is an American actor best known for his role as Dan Conner on the ABC sitcom Roseanne. His other famous films include Always, The Babe, The Artist among others. He has been involved in the acting fraternity since 1975.

Goodman is married to his wife Annabeth Hartzog. The couple shares a daughter together in their decades-long marriage.

John Goodman was born on June 20, 1952, in Affton, Missouri to Leslie Francis Goodman and Virginia Roos. His father, Leslie Goodman was a postal worker who died of a heart attack at just 2. He belongs to English, German, and Welsh ancestry and has a sister Elisabeth and a brother Leslie.

Goodman was enrolled at the Affton High School and graduated from there in 1970. He played football and dabbled in a theater while in high school. Later, he attended the Missouri State University and graduated with a Bachelor of Fine Arts degree in 1975. He also earned a football scholarship to Missouri State University, however, his budding football career ended with an injury, and started pursuing a career in acting.

He started finding success doing plays, commercials and doing voiceovers. He obtained the role of Pap Finnin the 1985 movie Big River which won him a Drama Desk and raised him into fame. He has also appeared in several late night comedy shows and was the first guest to star in the Late Night with Conan O’Brien.

After a modestly successful acting career, John found more success in the role of Dan Conner in the series Roseanne from 1988 to 1997 and was the recipient of the Golden Globe Award for his role.  He also played major roles in movies like Where Art Thou?, Inside Llewelyn Davis, The Big Lebowski as well as Raising Arizona. He has also contributed his voice to the films like The Emperor’s New Groove as Pacha and as Sully in Monsters Inc. He has also had lead roles in movies like The Babe, The Artist, The Flintstones and many more and is one of the frequent hosts of Saturday Night Live.

On 10 August 2013, Goodman was inducted as a Disney Legend. He received a star on the Hollywood Walk of Fame for his work in motion pictures.

John has been married to the love of his life, Anna Beth, and they have been married since 1988, October 27th. The relationship of the couple has been going on pretty well for more than three decades, and there doesn't seem any problem between them or any rumor about their divorce.

Goodman opened up about his alcoholism in an interview in 2009. He told,

I don't know how much the old Jackie Daniel's franchise ruined my memory, which is going anyway, because of my advancing decrepitude. I had a 30-year run, and at the end, I didn't care about anything. I was just fed up with myself. I didn't even want to be an actor anymore.

If I'd picture in my mind a drink – usually straight out of the bottle – I couldn't not do it. I'd have the shakes so bad I'd have to have a drink to get through the show. I'm lucky I never got fired.

Ultimately, he was able to get out of the cage and has been sober since 2007. As per the online tabloids, he tries to attend an Alcoholics Anonymous meeting every morning.

John has been a successful actor, and his success is portrayed well in the net worth he has, which amounts to a whopping 65 million dollars. As of 2017, Goodman gets around $250,000 for every episode of the TV Show Roseanne.

According to the Richest, Goodman's salary was around $100,000 per episode while he was working in the television series Alpha House.