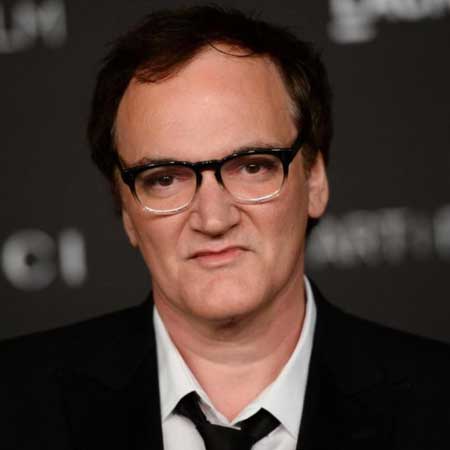 Quentin Tarantino is a well-known director, writer, and actor. He is widely recognized for his significant works and contributions to the film industries.

He is best known for his movie, Pulp Fiction. He has won several awards including two Academy Awards and two Golden Globe Awards. He recently announced that he signed with new project, action-adventure film, Untitled Star Trek Project.

Tarantino was born as Quentin Jerome Tarantino on March 27, 1963, Knoxville, Tennessee, the U.S. He carries an American nationality belonging to the mixed ethnicity.

He is the son of Tony Tarantino, who is also an actor and producer, and Connie McHugh, who is a nurse. His father is of Italian descent whereas her mother is of Irish and English ancestry.

His parents got a divorce in early 1966. She left Los Angeles and moved to Knoxville, where her parents lived. His mother moved back to Los Angeles in 1966 with her three-year-old son after finishing her nursing studies.

His mom later married a musician Curtis Zastoupil after moving to Los Angeles. The family then moved to Torrance, a city in Los Angeles County’s South Bay Area where he spent his childhood.

Tarantino was encouraged by Zastoupil towards his love of movies. Zastoupil accompanied him to see several movie screenings. His mother also allowed him to see movies with adult content like Carnal Knowledge and Deliverance.

Tarantino wrote one of his earliest creations, a screenplay called Captain Peachfuzz and the Anchovy Bandit at the age of 14. He attended the Narbonne High School in Harbor City, Los Angeles. He dropped out of high school at the age of 16.

Soon, Tarantino got a job at an adult film theater called Pussycat Theater in Torrance. Later, he took acting classes at the James Best Theater Company, where he met several people who would appear in the movies in the future.

Tarantino started his film career in 1980. He met Lawrence Bender, an American film producer at a Hollywood Party. Bender encouraged him to write a screenplay and helped him in his works. He co-wrote and directed a movie called My Best Friend’s Birthday in 1987.

Tarantino earned his first paid writing an assignment in the early 1990s. The famous film director, and producer, Robert Kurtzman hired him to write the script for From Dusk Till Dawn during that time.

As a writer and director, Tarantino has worked on several movies. His notable works include Reservoir Dogs, Pulp Fiction, Four Rooms, Desperado, and Sin City.

Tarantino received an Academy Award for Best Original Screenplay for the movie, Pulp Fiction. He also became the winner of the Palme d’Or for the film at the Cannes Film Festival. The film grossed over $200 million and met the critical acclaim.

Whopping Net Worth of $120 Million

The 6 feet 1-inch actor has made a huge amount of money from his works. He has an incredible net worth of $120 million, according to the Celebrity Net Worth website.

He currently resides in a luxurious mansion which is called "Quentin Tarantino Mansion" in Los Angeles. The mansion is worth $7 million.

The popular director, Quentin Tarantino has also involved in several controversies. In 2012, he was a part of a controversy after his interview with the media after the Sandy Hook Elementary School shooting. He said that he had disrespectful to the memory of those who died to talk about movies, obviously, they died due to gun control and mental health.

In 2014, he filed a copyright lawsuit against Gawker Media after its leaked a copy of the script of his then-upcoming film The Hateful Eight. He demanded compensation in the amount of $2 million. However, he later dropped the lawsuit and revealed that he will file in the future.

In October 2017, he gave an interview addressing harassment and assault allegations against producer Harvey Weinstein.

He said that he was known for accusations against him since the mid-1990s- when his then-girlfriend Mira Sorvino told him about her experience with Harvey Weinstein.  But, he marginalized the incident at that time.

In February 2018, audio resurfaced of a 2003 interview on The Howard Stern Show during that time he defended Roman Polanski over his 1977 abuse case. Tarantino said that then-13-year-old girl was wanted to have it and it was not rape. However, later, he apologized for his mistake and said sorry to Polanski’s rape victim.

Tarantino is a good friend of famous celebrities like Leonardo DiCaprio, Jamie Foxx, Robert Rodriguez and Kristin Chenoweth. He cites fellow director Thomas Anderson as one of his best friends. He ranked #81 on the annual Power 100 List of Premiere magazine in 2004. He was not ranked in 2003.

Married to Daniela Pick, Shares a Son With His Wife

Quentin Tarantino has been married to an Israeli singer, Daniela Pick. The couple, first met in 2009 and eventually started dating, got engaged in 2017.

Later on November 28, 2018, the two exchanged wedding vows in an intimate ceremony in Los Angeles in front of their close family and friends.

Their representative announced on August 21, 2019, that the pair were expecting their first child together. The two welcomed a baby boy in February 2020.