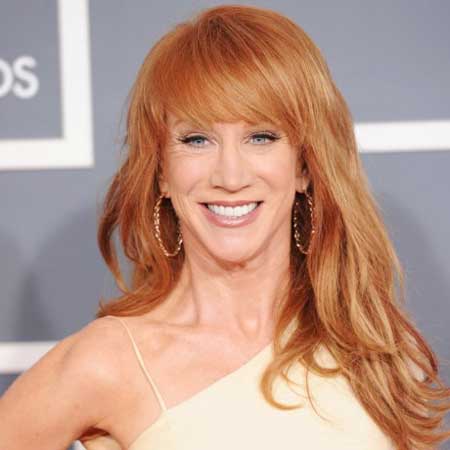 Kathleen Mary Griffin is an American stand-up comedian, writer, producer, actor, and television host. She has worked as a stand-up comedian for many years and has appeared on several television shows as a guest star. She was widely recognized for her supporting role on the NBC sitcom, Suddenly Susan.

Besides her career, Griffin also came to highlight after she came under controversy for releasing photos posing with the bloody head resembling that of Donald Trump.

Griffin was born on November 4, 1960, in Oak Park, Illinois, U.S. She belongs to the white ethnicity holding an American nationality. She is the daughter of Mary Margaret "Maggie" Griffin (her mother) and John Patrick Griffin (her father). 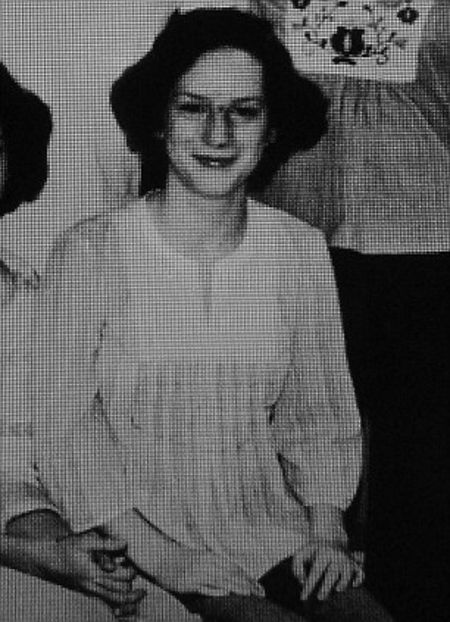 Griffin is the youngest daughter in her family. She has five older siblings: Kenny Griffin, Joyce Griffin, Gary Griffin, and John Griffin.  Her sister, Joyce died at the age of 65 after battling for years with cancer. She was a talkative kid since her childhood days. She often visits her neighbors to tell them stories about her family.

Regarding her academics, Griffin attended St. Bernadine's Elementary School. There she started to develop a dislike for organized religion because of the punishments she and other "vulnerable" students received from the nuns.

Griffin attended Oak Park and River Forest High School after graduating from St. Bernadine and sought refuge in musical theater. Her theatrical works include playing roles such as Rosemary in How to Succeed in Business Without Really Trying and as Hodel in Fiddler on the Roof.

At the age of 19, Griffin attended the show performed by the California-based improvisational group called The Groundlings. She started performing with the group in the early 1980s. She went on to perform stand-up comedy and became part of the alternative comedy scene in Los Angeles. From her earning she use to pay her dues and fulfill basic needs.

Kathy Griffin has appeared in several movies and TV shows throughout the 1990s. She appeared in fellow comedian Julie Brown's Medusa: Dare to Be Truthful in 1991. She then had two appearances as the character Susan Klein on NBC's The Fresh Prince of Bel-Air.

Griffin has starred in an HBO Half-Hour Comedy Special. Soon after, she had her first consistent public exposure in 1996. She was cast as the acerbic colleague of Brook Shields on the NBC sitcom, Suddenly Susan during that time. She has also appeared in Eminem's music video, "The Real Slim Shady."

Griffin has co-hosted the annual New Year's Eve program alongside Anderson Cooper since 2007. She was fired from its broadcast on May 31, 2017. CNN's decision came after her photos were released that showed the comedian holding up a bloody head resembling that of President Donald Trump. She apologized for that incident. Besides, she is also involved in stand-up comedy.

Her works helped her to get nominated for several awards and won some of them as well. Some of her won awards include GLAAD Media Awards, Primetime Emmy Awards, and Grammy Awards among others.

Kathy Griffin Is a Multi-Millionaire; Know Her Net Worth, Salary and Income Sources

Kathy Griffin has an incredible net worth of $30 million as per Celebrity Net Worth. Griffin worked in several movies which made an amazing box office collection. Here is the list of her hit movies:

I'm donating $2 from every ticket sold on my US tour to the @TrevorProject which focuses on suicide prevention with LGBTQ youth. My donation will apply to any ticket sold in the month of June no matter when the actual show is happening!

The actress is also involved in several charity works.

The veteran comedian is also an author who released the book Official Book Club Selection: A Memoir According to Kathy Griffin, in 2009. In the book, Kathy describes herself as a "non-believer". The book is listed $10.74 for Hardcover and $13.38 for Paperback. He is also an author of Kathy Griffin's Celebrity Run-Ins: My A-Z Index.

Kathy Griffin earned huge popularity as a stand-up comedian. She became an ordained minister with the Universal One Church of Carrabelle, Florida, on March 9, 2008.

Griffin married Matt Moline, a native of Washington D.C. on February 18, 2001, at 360 Degree Restaurant in Hollywood. They started dating a few years ago and had an affair for several years. She lived with her husband in Washington, District of Columbia, U.S.

They divorced in May 2006. Griffin accused her husband of stealing $72,000 from her, on Larry King Life. However, in a written statement, he declined to respond to the allegations and was saddened by the accusations. The relationship between them did not last long and broke up in 2006.

In July 2007, it was rumored that Griffin was dating Apple co-founder, Steve Wozniak. They were spotted together while attending the 2007 Emmy Awards. However, the relationship is not confirmed. 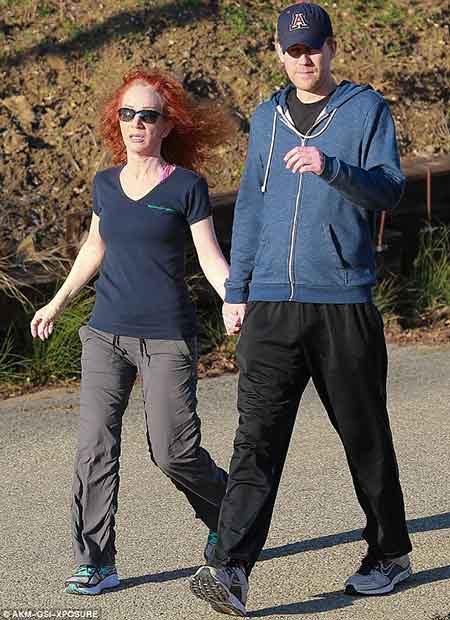 Griffin started dating her marketing executive boyfriend, Randy Bick in 2012. They have been in a relationship since that time. She lived in the Hollywood Hills from 2004-2016. She currently resides in Bel Air, where her neighbors are Kim Kardashian and Kanye West.

Griffin came under controversy for releasing photos posing with the bloody head resembling that of Donald Trump. She has since then apologized and also claimed that Donald Trump and his family are ''trying to ruin her.''

Furthermore, she was fired from many programs due to her non-filtered commentary in a video in which she was holding up a bloody served but a Trump's head.

''She and I have been friends for a long time and I want nothing but good things for her. I don't want anybody's career to be destroyed because they do something unfortunate and inappropriate, but yeah, I thought what she did was inappropriate. You know, I think I said that I thought it was completely inappropriate and I didn't approve it in any way, and I think when you're friends with somebody, you can say that.''

In a news meeting, Griffin broke down in tears and told Trump is trying to ruin her life and career. After months of the case, she came back on the road and her fans are laughing their heads off. She said,

“I’m still digging myself out of this hole, one dick joke at a time,” says the often-vulgar Griffin, who performs Saturday night at the Adrienne Arsht Center in Miami, part of her “Laugh Your Head Off World Tour.”

“It has really been a bizarre, surreal experience that, on one hand, I wouldn’t wish on my worst enemy. On the other hand, I get all high and mighty on my First Amendment stump because it really is a First Amendment issue — whether or not you like that photo.”

Besides, in 2017, Griffin accused Harvey Levin and Andy Cohen of offering her drugs which she revealed via video.

She also became the controversial figure after she said the few lines in the Emmy Award. Her saying goes like this,

A lot of people come up here and thank Jesus for this award. I want you to know that no one had less to do with this award than Jesus. Suck it, Jesus. This is my God now

Check out the facts about Kathy Griffin: