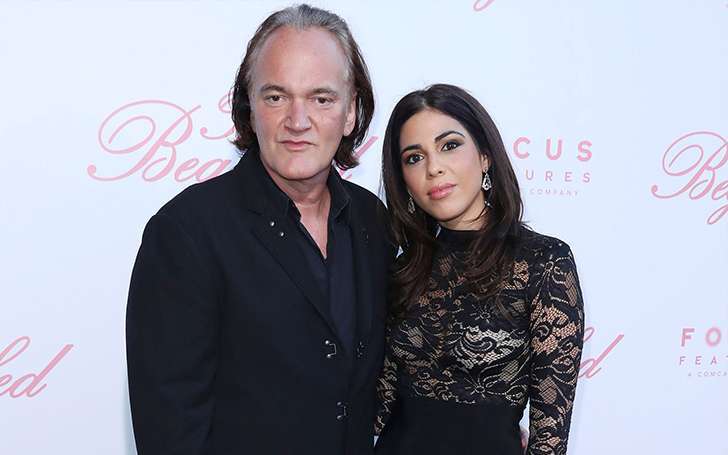 Quentin Tarantino and Daniela Pick got engaged on 30 June 2017 after over eight years of on again off again style relationship with Daniela Pick. Well, here we have some interesting details about the lovebirds.

Film director Quentin Tarantino is engaged to her long-term love Israeli singer Daniela Pick last Friday night in Los Angeles which The Times of Israel confirmed. 54 years director proposed his girlfriend in a romantic way as he knelt down and proposed her with a sparkling and probably very expensive ring. The newly engaged couple first met in 2009 in Israel when he was in Israel for the promotion of Inglourious Basterds. Two weeks later, the singer and the director appeared together on the red carpet in Los Angeles. But they got apart soon.

Tarantino and Pick were again together since the summer of 2016 and finally, the couple decided to settle down. In an interview, two times Oscar-winning director admitted that he finally found someone with whom he can see his future together, however, he wasn't ready for a commitment then.

He told GQ magazine that he sacrificed his love on purpose to uplift his career however he hadn't confirmed Pick was the girl he was talking about.

33 years old Pick who is the daughter of Israeli singer and songwriter Svika Pick. She confirmed the news saying:

"Yes, there is joy in our family. They got engaged yesterday. We have wished them mazel tov." Svika Pick said to Ynetnews.

The official page of The New Beverly Cinema in Twitter which is the company Tarantino owns also confirmed their engagement by tweeting the article by The Times of Israel.

Quentin Tarantino Has Decided to Retire After Two More Films

Tarantino confirmed he decided to retire after his tenth film. Well, this means his next two projects will be his last films. According to an article published by Hollywood Reporter on November 2016, he said:

He said he wants to be remembered by all as “greatest filmmakers that ever lived.”

"Hopefully, the way I define success when I finish my career is that I'm considered one of the greatest filmmakers that ever lived. And going further, a great artist, not just filmmaker,"