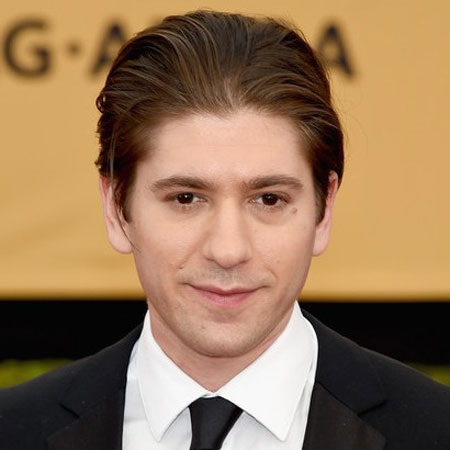 As of 2018, he worked in movies, Tyrel and The Seagull. He is also working as Joel Maisel in the TV series, The Marvelous Mrs. Maisel. He also worked in the small role in several TV series like Mercy, Love Monkey, and Girls.

Michael Zegan was born Michael Jonathan Zegan on 20th February 1979 in Ridgewood, New Jersey under the birth sign Pisces. Zegan is American by nationality and belongs to White ethnicity.

Zegan is one of three sons of a teacher mother and a lawyer father. In 2001, he graduated from Skidmore College. Later, he became the member of 'Hottie$ Galore', a sketch comedy troupe.

Michael Zegen made his TV debut in 2004 from crime drama TV series, The Sopranos created by David Chase. The same year, Zegan appeared in FX’s comedy-drama TV series, Rescue Me. He grabbed huge fan following after his performance in that particular TV series.

He then worked in Love Monkey, Mercy, How to Make It in American, and Girl among others. Particularly, he is famous for:

In 2011, he worked as Benny ‘’Bugsy’’ Siegel in Broadwalk Empire. For his performance in the series, he got nominated for Screen Actors Guild Awards.

CAPTION: Michael in one of the scene of The Marvelous Mrs. Maisel. SOURCE: Pinterest

In 2002, He appeared as the recurring character Dwight the Troubled Teen in CBS’s late-night talk show, Late Show with David Letterman hosted by David Letterman.

Zegan made his big screen debut in 2005 from the movie, Bittersweet Place. Two years later he shared the screen with Elisha Cuthbert, Emile Hirsch, Timothy Olyphant and Paul Dano, in horror film The Girl Next Door.

He then appeared in Assassination of a High School President, Adventureland, The Box, Brooklyn, and Frances Ha. As of 2018, he worked in Tyrel with Caleb Landry Jones, Jason Mitchell, Michael Cera, Christopher Abbott and Reg E. Cathey. Recently he portrayed the character of Mikhail in The Seagull which due to release in the U.S.A on May 11, 2018.

Michael Zegan has an estimated net worth of $400 thousand as per some sources, however, the amount is still under review. Some of his movies that made a good collection at the box office include:

Michael Zegan was linked to his co-star of The Walking Dead, Emily Kinney in 2012. Kinney was assumed to ber his alleged girlfriend after the pair were seen getting close during many red carpet events. However, both of them confirm anything regarding their relationship.

Zegan was also linked to Rachel Brosnahan who plays his wife in the series The Marvelous Mrs. Maisel. Their chemistry in the series sparked the dating rumors but in real life, Brosnahan is dating Jason Ralph. Hence, it can be assumed that Zegan is single in present days. But he does have someone special in his life and it is non-other than his pet dog, Rocky and his two cute little nephews and niece.

He is the member of the NYC sketch comedy group, Hottie$ Galore.

Here is the video where Rachel Brosnahan and Michael Zegan talks about the TV series, The Marvelous Mrs. Maisel: