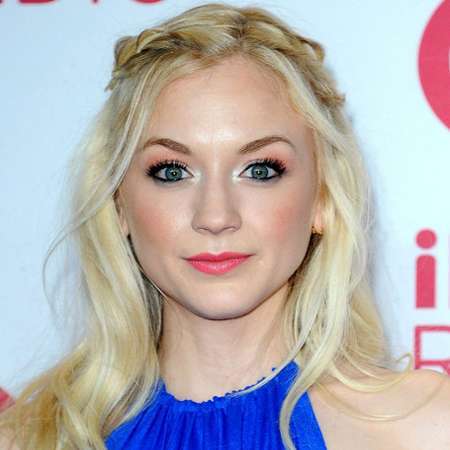 Emily Rebecca Kinney, better known as Emily Kinney is an actress and singer of American nationality who rose to fame after being cast as Beth Greene on the AMC’s horror thriller series entitled The Walking Dead. She was born to father Vaughn Kinney and mother Jean Kinney on 15th of August, 1985.

Born in Wayne, Nebraska, she moved frequently with her family as a youth. She did her schooling from the New York University but graduated later from the Nebraska Wesleyan University with the Bachelors of Arts degree in theatre. Upon working in several coffee shops and meeting people in acting and music industries, she appeared in 20 plays when in college.

She was cast at the age of 23 in Spring Awakening as Anna and then starred as Jean Fordham in August: Osage County. The Showtime’s The Big C cast her as Emily, after which she guest starred as Jeannie on NBC’s Law and Order: Criminal Intent. Her film debut was for Aunt Tigress where she played the role of Aunt Gina.

Kinney’s major role came up in 2011 when she was cast as the recurring character Beth Greene on the AMC’s thriller The Walking Dead. She portrayed the role of a 16-year-old even though she was 25. She worked alongside renowned actors like Lauren Cohan, Andrew Lincoln, Melissa McBride, and Chandler Riggs among others. After portraying a regular role for two years, she was promoted to a series regular. She also sang The Walking Dead: AMC Original Soundtrack, Vol 1.

Her role in the thriller ended in 2014 and she made a final appearance on the fifth season. Later, She played the role of Haley Cole on Law and Order: Special Victims Unit and released her recording Expired Love in 2013. He single entitled Rockstar was released on December 9, 2014, after which she has appeared in several other television shows. These include acting in Forever, The Flash, The Knick and Masters of Sex.

As far as her personal life is concerned, Kinney seems to be a bit secretive about it. Her past dating history and boyfriend list have not been known. It is however known that she has never been married and does not seem to be in a hurry to do so anytime soon.

After she started portraying the role of Beth Greene on The Walking Dead, she had been speculated to be having an affair with the show’s co-star Norman Reedus. These rumors became even more specific at around 2015. However, the couple has confirmed that they aren’t actually dating while The Walking Dead fans refuse to accept the fact.

Besides, she is known to have dated Michael Zegen in 2012. She was also rumored to be in a relationship with several renowned celebrities including musician Matthew Kona, and Ryan Adams. As of 2019, Kinney has been in a relationship with a former American Idol finalist Paul McDonald. The pair started dating in late 2018 when they were set up by their mutual friend Dan Spears.

Working in several movies and television series earned her a huge ma s s of fan followings as well as a good sum of money. The 33-year-old actress' net worth is estimated to be around $1.5 million as of 2019 February. As per some source, Emily earns an estimated $200 thousand salary annually.

The Walking Dead Concussion It's Complicated