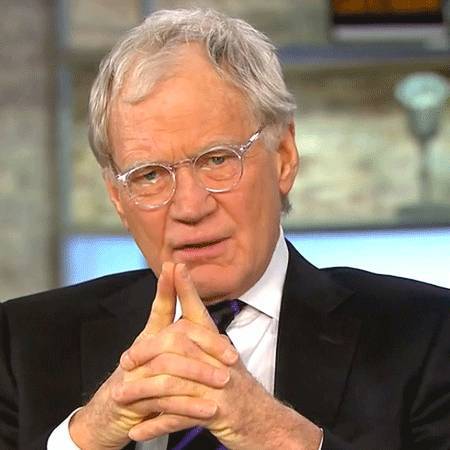 David Letterman was born on April 12, 1947, in Indianapolis, Indiana. His father, a florist, died in 1974. His mother, Dorothy, is a church secretary and frequent guest on his program, Late Show with David Letterman. He has two sisters.

After high school, David Letterman ventured to Ball State University, where he graduated in 1969 with a degree in telecommunications. During his four years at Ball State, Dave got his first taste of broadcasting as a disc jockey on student-run radio station WAGO-AM 570.

David Letterman made his second attempt at a television show in 1982. However, his career before becoming a host of the show was quite a fascinating and long one. He worked as a weatherman and TV announcer and from 1974 to 1975 as a radio talk show host.

Aside from being a talk show host, David Lettermanis an active producer. His production company is called Worldwide Pants. Over the years he has been executive producer of his original show, his new show, Everybody Loves Raymond, The Building, Bonnie, The High Life, The Late Show with Craig Kilborn, and Ed.

David Letterman has been married twice. He was first married to Michelle Cook and then to his current wife, Regina Lasko. Letterman and his wife Lasko started dating in 1986 while he was still living with ex-girlfriend Merrill Markoe. In 2003, Lasko had a son named Harry Joseph, who is named after Letterman’s father. In 2009, Letterman and Lasko married in a small ceremony at a courthouse in Montana, where they owned a ranch. There were rumors that the two were divorcing in 2014.

As success in entertainment is continuing, David Letterman has acquired a net worth of $400 million and has had a salary of $20 million a year. According to Celebrity Net Worth, in past years, Letterman earned as much as $50 million a year. He and his wife have a 108-acre estate in North Salem, New York.

As far as properties are considered ,David Letterman owns a $10 million, a 108-acre estate in Westchester County, New York. In 1999, he bought the 2,700-acre Deep Creek Ranch near Choteau, Montana, where he has a 3,276-square-foot home with three bedrooms and three bathrooms. He has houses in Martha's Vineyard, Ma s sachusetts, and St. Barts Island, as well.