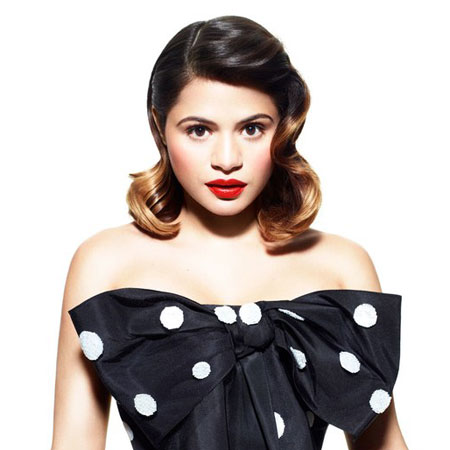 Melonie Diaz is an American actress who started her acting career appearing in several off-Broadways and workshop including the Hip-Hop Theater Festival at P.S. 122 and New York City Fringe Festival plays. The actress is well known for her appearance in a 2006 drama film A Guide to Recognizing Your Saints. She has also appeared in many independent films, including four shown at the 2008 Sundance Film Festival.

Melonie Diaz was born on April 25, 1984, in New York City, New York, US. She was raised along with her elder sister on the New York's Lower East Side. She is American by nationality, and regarding her ethnicity, she has a mixed ethnical background as her parents are of Puerto Rican descent.

During her time at the Henry Street Settlement; which is not-for-profit social service agency, Diaz became interested in acting. Subsequently, she went on to study at Performing Arts High School in Manhattan. She, later on, joined New York University’s Tisch School of the Arts and earned her degree in Film Production.

Melonie Diaz has also made a number of appearances in off-Broadway shows including the Hip-Hop Theater Festival at P.S. 122, Medea at the Bullet Space, and the New York City Fringe Festival.

Melonie Diaz started her acting career professionally with the supporting role in Tom DiCillo's Double Whammy in 2001. Later, she gained immense popularity after playing the significant role Blanca in Catherine Hardwick’s Lords of Dogtown in 2005.

The following year, Diaz portrayed Laurie in Dito Montiel’s A Guide to Recognizing Your Saints and the role earned her Independent Spirit Awards nomination for Best Supporting Female. Some of her other popular movies are listed below:

In 2017, Diaz featured in a movie, And Then I Go and in TV anthology series Room 104. Her most recent work includes Gringo and All About Nina.

Similarly, Melonie Diaz made her television debut with the series Queens Supreme in 2003 and has appeared in numerous shows since then. Some of her successful TV series are

As of 2018, Diaz is all set to play the lead role Mel Pruitt in The CW's upcoming show Charmed, a reboot of the 1998 series of the same name.

According to some online sources, Melonie Diaz has an estimated net worth of around $1 million; She is also involved in few endorsements deals which adds more to her worth.

She has been a part of numerous movies which has made an impressive box office collection. Some of her all-time hit films are listed below:

Melonie Diaz, 33, is probably single. She has not made any official announcement regarding her relationship.

Previously, she was in a relationship with the actor Victor Rasuk; known for his role José Rodriguez in the fifty shades movie franchise. The couple started dating back in 2013.

According to the close source, the pair got engaged in 2013, however, their relationship did not last long and they separated. She has not been linked to anyone since then.

Melonie Diaz is active on social media including Twitter and Instagram where she usually promotes her works. She also frequently shares images of her sister and sister's children. Diaz is quite close to her family and often makes time to spend with them despite her busy schedule.

Here is an interview of Diaz with MaximoTV talking about her role in Nothing Like the Holiday.