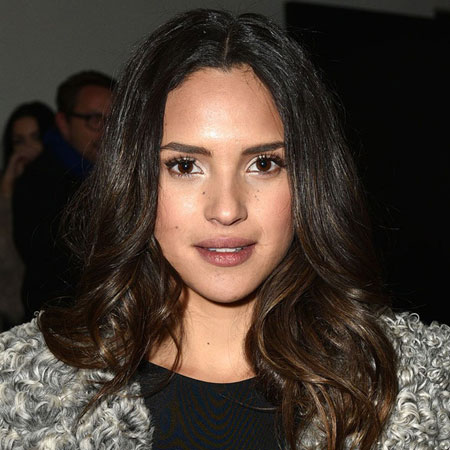 Adria Arjona was born as Adria Arjona Torres on April 25, 1992, in Puerto Rico.  She belongs to white ethnicity and holds an American nationality.

Arjona is born to Leslie Torres and Ricardo Arjona. His father is a Guatemalan -born singer-songwriter in Latin America while his mother is Puerto Rican.

Arjona got lots of opportunities to experience art, music, and lifestyles as a child as she used to travel along with her father. She began living in Miami at 12 and remained there till 18 and later shifted to New York.

Adria Arjona got to experience art, and the world of the entertainment industry since her childhood because of her father’s profession.

As per her acting career, Arjona made her debut in 2012 with the short film, “Loss” in a minor role. Her next appearance was in an American police procedural crime drama television series, “Unforgettable” as ‘Suzy Houchen.'

The same year, Arjona appeared as Dani Silva in an American science fiction crime drama television series “Person of Interest.” She worked hard and waited for a major role.

Finally, in 2016, Arjona got attention from the media after playing as Emily in the American anthology crime drama television series “True Detective.” Recently in 2017, she acted in American fantasy television series, Emerald City as Dorothy.

Presently, Arjona is working on her upcoming movie, “Pacific Rim: Uprising.” Some of her other notable works are “Wedding in New York” and “The Belko Experiment.”

Adria Arjona might have several relationships on-screen, but in real life, she has not confirmed about her relationship. She is currently busy in pursuing her career.

Arjona currently reached the age of twenty-five years. She stands at the height of 1.7m/ five feet and seven inches.

As of now, Arjona is believed to be gaining a pretty good amount of salary. Thus, she has been able to collect a hefty net worth. However, her current net worth has not available yet.  ?