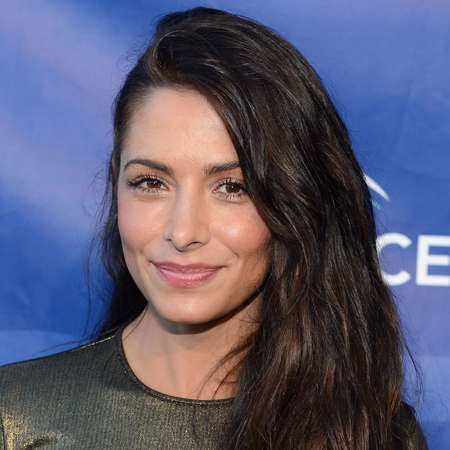 Sarah Shahi is a former NFL Cheerleader and a television actress. She is popular for her role of Kate Reed in the USA Network series Fairly Legal. Some of her other popular roles are Carmen on The L Word, Sameen Shaw on Person of Interest, and more. She also appeared in the main female role of Detective Dani Reese in Life and in a supporting role in Alias.

Sarah Shahi was born Aahoo Jahansouz Shahi on January 10, 1980, in Euless, Texas, United States of America. She is a daughter of Mah Monir and Abbas Jahansouz Shahi. Her mother was an interior designer. Her parents got divorced when she was ten. She belongs to Iranian and Spanish descent. She belongs to Asian American descent. Her nationality is American.

Sarah Shahi attended Trinity High School where she was also captain of Volleyball team of the high school. Later she joined Southern Methodist University, where she earned her degree in English and Theater.

Sarah Shahi won 1997 Miss Fort Worth pageant and she has also appeared on the cover of the squad's 2000 calendar. Sarah started her acting career from 2000 American romantic comedy film Dr. T and the Women as Cheerleader. Later she appeared in 2003 movie Old School and the same year she was also featured in Legally Blonde 2: Red, White & Blonde.

In 2006, the actress appeared in the comedy film The Dog Problem and For Your Consideration. In 2008, Sarah made her acting presence in independent film Shades of Ray. The same year she also appeared in AmericanEast. She has also appeared in many other movies including Crossing Over (2009), I Don't Know How She Does It (2011), Bullet to the Head (2012), The Congress (2013), Road to Paloma (2014) and Divine Access (2015).

Sarah Shahi's Salary And Net Worth

Sarah Shahi, the popular face on television, has earned a massive amount of money through her work in television, film and as an NFL cheerleader. She has worked in over a dozen movies and television series since she put her step in acting.

According to celebrity networth, Sarah Shahi's net worth is estimated to be around $3 million. According to some reliable sites, her weekly salary is about $10 thousand. By far, she has been part of some successful movies from which she earned a handsome amount of money.

Shahi worked as Captain Lisa Watson in the 2017 movie Hangman which was a Box Office successful movie which collected approximately $316,728. Similarly, she played the role of Eva in the 2014 movie Road to Paloma which was made under the budget of $600,000 and it collected $937,000 at the box office.

The actress has worked in a number of movies and TV series. In the year 2006, the actress was a cast in the movie Rush Hour 3 which became the quite hit at the office grossing over 258 million worldwide against a $140 million budget. The movie starred Jackie Chan, Chris Tucker, Hiroyuki Sanada, and Max von Sydow.

Sarah Shahi's current marital status is married. She is married to actor Steve Howey. They dated for a few years before getting married on February 7, 2009, in Las Vegas.

The couple is blessed with three children. Sarah Shahi and her husband gave birth to their first child, a son William Wolf Howey on July 8, 2009.

Sarah Shahi is a very beautiful lady with good acting skills. She has also been included in one of the sexiest women by Maxim magazine in 2006, where she was spotted at 66th position. She has been dating many guys and her name has also been linked with many guys but she has not made any official confirmation about her relation except with his present husband.

Shahi currently resides in Los Angeles, California, along with her husband and three kids.

Former NFL cheerleader and television actress Sarah Shahi has maintained a perfect body figure. She possesses an hourglass-shaped body which measures 34-24-35 inches (86-61-89 cm). Her bra size is 32B,