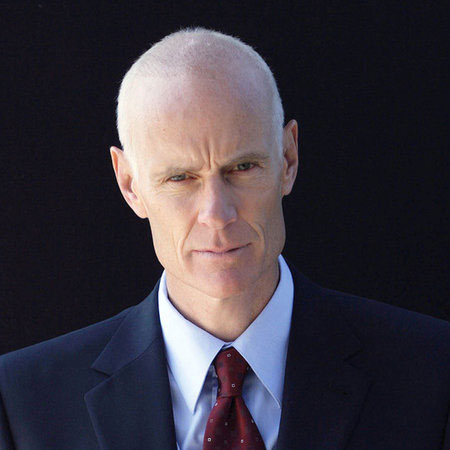 American Canadian actor, Matt Frewer is well-known for portraying the character of 1980s icon Max Headroom in 1985 cyberpunk television film, Max Headroom: 20 Minutes into the Future. He is also a singer, voice artist, and a comedian.

In 2000, Frewer won Gemini Award for the Best Performance in a Children's or Youth Program or Series in TV series Mentors. He also won CableACE Award for Best Music Host in The Max Headroom Show.

As of 2018, Frewer lives in Los Angeles along with his wife, Amanda Hillwood and a daughter, Scout Frewer.

Frewer went to the Lakefield College School in Peterborough, Ontario. He then joined the Bristol Old Vic Theatre School and graduated from its three-year acting course in 1980.

Matt Frewer has played iconic roles in the number of movies as well as television series. He made his acting debut with the 1983 British musical sketch comedy film, Monty Python's The Meaning of Life. He shared the screen alongside Graham Chapman, John Cleese, Terry Gilliam, and Eric Idle.

In 2000, Frewer was nominated for the Gemini Award for Best Performance in a Children's or Youth Program or Series for his role in the series; Mentors, and Da Vinci's Inquest: He won the award for Mentors.

Later, Matt Frewer appeared in several movies, and some of his hits are:

Matt Frewer is also a popular TV star. In 1984, he starred in US TV miniseries, The First Olympics: Athens 1896 as Francis Lane. He then made his appearances in the number of series,

Matt Frewer has an estimated net worth of $4 million. He has been in the industry for many years and has given some ma s sive hits during his career and some of his movies that made a good collection at the box office are listed below:

Matt Frewer is married to British actress, Amanda Hillwood; known for her role Lyn Turtle in the BBC comedy-drama series, A Very Peculiar Practice.  The duo tied the knot on November 10, 1984, in the presence of close family and friends. It has been more than three decades since they started their life as a husband and wife and they are still together with much more love and respect for each other. In Hollywood, it is nothing less than a miracle.

The couple has a daughter, Scout Frewer.  The family of three resides in Los Angeles.

Here is an interview of Matt Frewer talking about his role in the series Max Headroom.