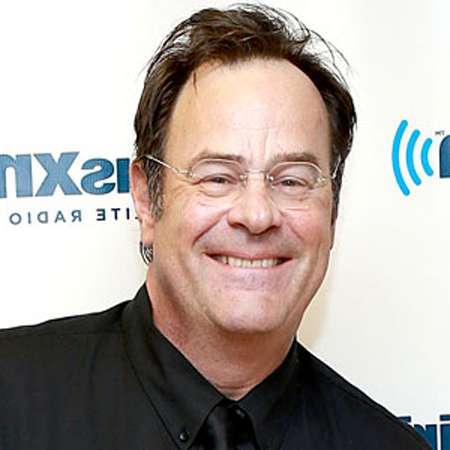 Daniel Edward Aykroyd is a Canadian comedian, actor, screenwriter, producer, and musician, well known for being a member of the Not Ready for Prime Time Players on Saturday Night Live from 1975 to 1979.

Dan Aykroyd was born in Ottawa, Ontario, Canada in 1952 to Samuel Cuthbert Peter Hugh Aykroyd and Lorraine Helene. His father was a civil engineer and a policy advisor to Canadian Prime Minister Pierre Trudeau whereas, his mother was secretary.

Aykroyd was raised in Catholic Church. Till he was 17, he intended to become a priest. He studied at St. Plus X and St. Patrick’s High Schools. Dan attended Carleton University where he studied sociology and criminology. He ran speakeasy, Club 505, in Toronto for several years. In past, he also worked as a comedian in various nightclubs around Canada.

His father is of English, Dutch, Irish, French and Scottish ancestry, and his mother is of French-Canadian descent. Aykroyd has an older brother named Peter who is a comedian actor. As a child, Dan was diagnosed with webbed toes which were later revealed in a short film on Saturday Night Live entitled, Don’t Look Back in Anger.

Aykroyd was also born with heterochromia- his left eye is brown and his right eye is blue. Aykroyd evolved in his musical career through his regular attendances at Le Hibou club in Ottawa.

Aykroyd’s first experience in his career was at his age of 17 when he was cast in a sketch comedy series named The Hart and Leone Terrific Hour, a s sociating with Lorne Michaels and many other artists.

In 1973, Dan was a member of the comedy troupe called Second City in Chicago and Toronto. Dan Aykroyd came into limelight through Saturday Night Live as he was hired as a writer but became a cast before the series premiered.

The original cast was referred as The Not Ready for Prime Time Players in which he was the youngest one appeared on the show from 1975-1979. Aykroyd's writing ability was appreciated by everyone considering him as a talented impersonator and who has brought unusual interests, sensibility along with including youth in the show.

His capability made him become the only member of the Saturday Night Live having capable of being a Python. Aykroyd also co-hosted the Weekend Update for one season with Jane Curtin.

In 2009, he wrote and appeared in Ghostbusters: The Video Game. In 2010, he gave his voice for an animated film, Yogi Bear and guest starred in the Family Guy.

Dan Aykroyd first dated Star Wars actress Carrie Fisher. He proposed her on the set of The Blues Brothers in 1980 and were engaged. Their engagement came to an end when Carrie reunited with her ex-boyfriend, Paul Simon.

Later, Aykroyd married an actress Donna Dixon in 1983. His wife appeared with him in movies like The Couch Trip and Spies Like Us. They first met on the set of Doctor Detroit where they first worked together.

They have three daughters named Danielle, Stella, and Belle.  Aykroyd permanent residence is the United States although he maintains Canadian Citizenship.

There was once a rumor regarding Dan Aykroyd being dead in May 2017, however, it was confirmed as a fake news later.

Dan Aykroyd possesses a height of 6 feet 1 inch but his exact weight is still to be disclosed but he was reported to be 130kg a few times ago. His estimated net worth is around $135 million dollars which mean he earns good amount of salary.

Dan owns several houses in several places. He bought a house worth $14.5 million located in Los Angeles' Pacific Palisades area in 2008. He has a house in Hollywood Hills worth $4.2 million. Besides, he also owns many cars.