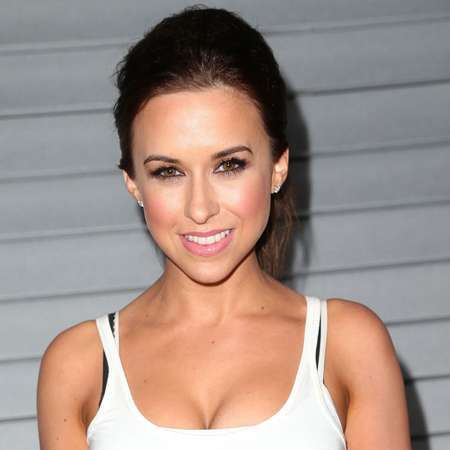 American actress and voice actress, Lacey Chabert is well known for giving voice in several successful movies. She is popularly recognized for her role as a child actress in Party of Five, and The Wild Thornberrys. She worked in several movies and TV series for which she has been nominated for several awards and won some of them as well. Active in the industry since years has earned million of net worth too.

Chabert is a married woman. She tied the knot to her longtime boyfriend, David Nehdar with whom he shares a daughter.

Lacey Chabert was born Lacey Nicole Chabert on September 30, 1982, in Purvis, Mississippi under the birth sign Libra. Chabert is American as per nationality and as far as her ethnicity is concerned, she is Mixed.

Chabert is a daughter of Julie Chabert, who has Scottish, English, and remote Italian ancestry and Tony Chabert, who is a French-speaker from Louisiana and is of Sicilian, Cajun and English descent. Chabert is the third children among the four children of her parents. She has two elder sisters Wendy Chabert, & Chrissy Chabert, and a younger brother, T.J. Chabert.

Missing you so much today Nanny. I hear you in my head nonstop. Over the past couple of months since you’ve been gone, I’ve noticed how much of my inner dialogue is actually your voice. I think the impact you had on my life, my values, runs deeper than I ever realized. So thankful. You were the most special lady. I love you I love you I love you. #tbt #grandmother

Chabert started in music and drama performances in and around her hometown in Mississippi from an early age and also was “World’s Baby Petite” in the “World’s Our Little Miss Scholarship Competition” in 1985. Her acting career began when she was cast as Cosette in a Broadway production of Les Miserables.

Lacey Chabert made her movie debut in 1997's movie, Journey Beneath the Sea where she gave her voice for Merla. The following year. Chabert voiced Little Red in Redux Riding Hood starring Mia Farrow, Michael Richards, and Adam West.

The same year she starred as Penny Robinson in the fantasy-space thriller Lost in Space which helped her to gain huge popularity. Her performance also helped her to get nominated for several awards. Chabert also credited for her voicing of the characters as Eliza Thornberry in The Wild Thornberrys and as Meg Griffin, in the animated show Family Guy and along with that she also provided the voice for the Thornberrys movie and video game.

At the age of 9, in 1991, Chabert made her TV debut in a TV movie, A Little Piece of Heaven as Princess aka ''Hazel.'' In 1993, she was cast in an ABC soap opera All My Children as Bianca Montgomery. The series starred Susan Lucci, Kelly Ripa, and David Canary.

The role that gave Lacey Chabert recognition in the entertainment industry is as Claudia Salinger in the popular TV drama Party of Five. Her performance in the show was highly appreciated by the public as well as critics. She was associated with the series from 1994 to 2000 appearing in 142 episodes. She shared the screen with Neve Campbell, Scott Wolf, and Matthew Fox. Her performance helped her to win several awards.

Chabert also played the title role in a made-for-TV movie, The Brooke Ellison Story, and was also featured in one of the episodes of The Drew Carey Show. She was also seen in Mean Girls and the TV movie Hello Sister: Goodbye Life on the ABC Family network.

One of her other popular works includes 2004's Nickelodeon TV series, The Wild Thornberrys where she worked with Tim Curry, Flea, and Danielle Harris. She was featured as the cover girl of the January 2007 issue of Maxim and again in November 2013.

Chabert had a recurring role as Dr. Amy Shaw on the ABC Family sitcom Baby Das from 2013-2014. She opened 2018 with an original Hallmark movie that premiered as part of Valentine's Day Countdown after working in various TV movies.

As of 2018, she worked in several TV movies like Moonlight in Vermont, The Sweetest Christmas, and Love on Safari.

Lacey Chabert has been nominated for several prestigious awards and won some of them as well. Here are some of her won awards:

Lacey Chabert's Net Worth And Salary

Lacey Chabert's net worth is estimated to be $4 million as per Celebrity Net Worth whereas she has an estimated net worth of $9 million according to The Richest.  She acquired huge wealth through her magnificent career.

Chabert worked in several movies with an impressive box office collection. Here is the list of her won awards:

The actress has appeared in TV series such as Justice League Action, Shimmer, and Shine, Kulipari: An Army of Frogs, Still the King, Baby Daddy, Transformers: Rescue Robots, and Young Justice. Her other works include such as Bratz, Super Robot Monkey Team Hyerforce Go!, and Punk'd.

As per some online sources, Lacey Chabert's movies and TV shows helped her to earn a salary of $1 million. She bought a house in LA worth $700k in 2013.

Chabert supported several charitable organizations like the Alliance for Children's Rights, Nancy Davis Foundation. Party of Five stars, Chabert has also a mega fan following her Instagram account with over 582 K followers which also plays a major role to boost up her huge net worth.  An Instagram star who has over 100 K followers can command over $5 K a sponsored post.

Lacey Chabert married her longtime boyfriend, David Nehdar, on December 22, 2013, in Los Angeles, California, in a very private ceremony. She announced a big day via her Instagram account showing a large diamond ring that matched her diamond earrings and necklace too.

The couple had an affair for months before getting tidying the knot.

The husband-wife couple often comes into the eyes of the paparazzi but they always managed to skip from them. Reportedly, on February 27, 2016, Lacey announced via Instagram that she and her husband are expecting their first child and are very excited to be new parents.

"And then my soul saw you and it kind of went, 'Oh, there you are. I've been looking for you.'" #TBT to the best day of my life. One week ago I became a mom to this precious angel. Julia Mimi Bella Julia, you are my heart's deepest dream come true. I love you more than I could ever say. Welcome to this big beautiful world sweet girl!

On 9th September 2016, the couple posts a picture of their first child, Julia Mimi Bella Nehdar. The family of three currently resides in LA, California. As of Dec 2018, the actress has over 582 K followers on her Instagram account.

Talking about her performance in the movie Love on Safari