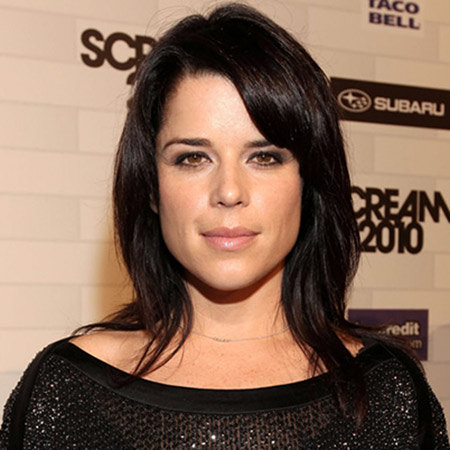 Neve Adrianne Campbell is a Canadian Actress. She was born on October 3, 1973, in Guelph, Ontario, Canada, and is popular for her portrayal of Sidney Prescott in the famous horror movie series Scream.

She is also quite popular for her roles as Julia Salinger in the American drama series ‘Party of Five’. Aside from TV roles, she has also appeared in several movies such as The Craft, Wild Things, and Panic and has made guest appearances in Grey’s Anatomy and Mad Men.

Neve Campbell was born to Marnie Campbell, a yoga instructor, and Gerry Campbell, a Scotland immigrant and a drama teacher. She is 5 feet and 7 inches and weighs 58kg.

However, her parents divorced when she was two years old. She has three brothers: Christian, Alex, and Damian. She took ballet at Erinvale School of Dance.

At the age of nine, Neve Campbell moved into her residence at the National Ballet School of Canada.

Due to some dance-related injuries, she moved to act at the age of 15, performing in The Phantom of the Opera at the Canon Theatre in Toronto. At the time, she was attending John F. Ross Collegiate Vocational Institute in Guelph.

Neve Campbell started her career in acting by appearing in the 1991 Coca-Cola commercial. She promoted its sponsorship on Bryan Adams' Waking Up the Nation Tour (1991–1992).

Her first role in TV series was as Daisy Daisy in the Canadian youth series Catwalk, (1992–1994). After playing Julia Salinger in the American Drama Series Party of Five’, she rose to fame in the US and was described as "television's most believable teenager".

Got fame From Scream Sequel

All three sequels to the film, Scream 2, Scream 3, and Scream 4, were also very successful. Campbell won the MTV Movie Award for Best Female Performance for Scream 2. Later, she appeared in Wild Things and 54, both of which were moderately successful. She also voiced Kiara in the Disney animated direct-to-video musical film sequel, The Lion King II: Simba's Pride.

Apart from these, Neve Campbell has appeared in numerous other movies like Panic, The Company, Blind Horizon, When Will I Be Loved, Agent Crush, Walter, etc.

She has also made guest appearances in numerous television series, including Medium, The Simpsons, Grey's Anatomy, Mad Men and Welcome to Sweden.

In 2015, she started starring in the Netflix drama series House of Cards, starting from the fourth season and portraying Leann Harvey, a Texas-based political consultant.

She and her husband got divorced in 2010. She then started dating actor JJ Field. Her pregnancy was announced in March 2012 and their baby, Caspian, was born in August 2012.

She currently has a net worth of 8 million dollars.