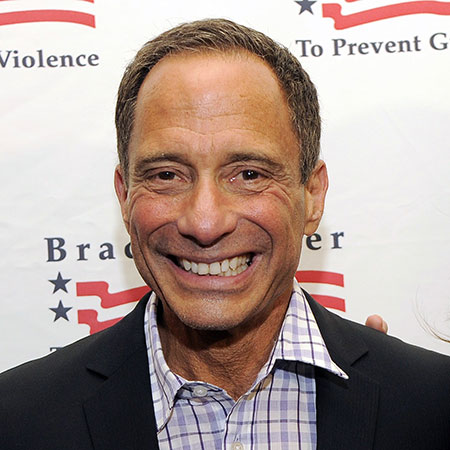 Harvey Levin is the founder of famous entertainment website TMZ and a former lawyer. He is also a television producer, legal analyst, and celebrity reporter.

Harvey Levin was born on 2nd September 1950 in Los Angeles County, California, US and was raised there. He is an American by nationality and belongs to white ethnicity.

Harvey Levin was born on September 2, 1950, in Los Angeles County, California. He went to Grover Cleveland High School in Reseda, Los Angeles and graduated in 1968.

Upon high school graduation, he attended the University of California, Santa Barbara, where he received a degree in B.A (Political Science) in 1972. Later in 1975, he went to the University of Chicago Law School and graduated with a J.D in 1975.

In 1982, Harvey Levin was hired by Los Angeles-based KNBC-TV as a legal reporter. He then moved to KCBS-TV, where he worked as an investigative reporter and legal analysis for the station for about ten years; his breakthrough work was the covering O. J Simpson's murder case.

He has also worked on The People's Court for about 25 years or less. He canceled his bar registration in 1996 and created nontraditional court show in 2002; the show was distributed by Warner Bros. which ran until September 2005.

In 2005, Harvey Levin partnered with AOL and Telepictures Production and launched TMZ; where Levin was the managing editor and founder. Their website quickly rose to fame after they broke down the story of Mel Gibson's DUI arrest and antisemitic rant.

Later, they covered more high profile celebrities like Chris Brown and Rihanna abusive fights, deaths of Michael Jackson and much much more. Their stories made a huge success that the Los Angeles Times named TMZ biggest story on the websites for the coverage of M.J.

In April 2010, Harvey Levin publicly announced that he is gay during the National Lesbian and Gay Journalist Association. He further added his fear of losing his career if someone finds out.

He was named "Power 50" list as one of the most influential voices in LGBT America since 2012 and was ranked at number 15 by Out magazine. Since then he was on the list for the other following years.

Presently, he is dating with Dr. Andy Mauer. His boyfriend is a Southern California chiropractor. The couple shares multiple properties together.

Harvey Levin has also written a number of the book including the Biography of Harvey Joshua Levin, Facts and Fancy of Television Regulation, The Invisible Resource and a couple of more.

On the first week of March President Donald Trump met with Harvey Levin and the meeting lasted for an hour. Previously after winning the presidential election in November 2016, Donald Trump made his appearance on a pre-tape special and hosted by Levin on Fox News called “Objectified: Donald Trump.

Harvey Levin is earning an extraordinary salary. He has a whopping net worth of $15 million. One can follow him on Twitter and Google+. He has a lavishing house in the reputed part of LA.