How much is Kathy Griffin's Net Worth? Find out what she is doing after the Trump Controversy! 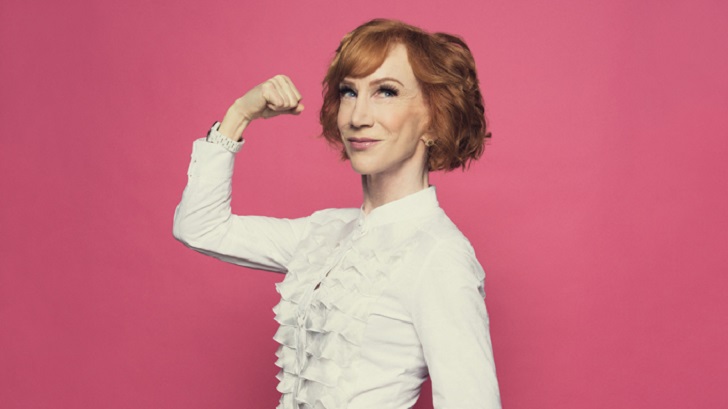 Controversies sometimes boost careers, while at times they shatter careers to bits! American stand-comedian and actress Kathy Griffin knows the later effect of controversies all too well.

A controversial picture of her holding a severed bloody head of the president of the United States, Donald Trump, got her under the bus. Amid the controversy, she had to cancel her tour and was also fired from many temporary jobs. Later, she admitted that the picture dispute hurt her both mentally and financially.

Despite all those controversies, Griffin has had quite a career in American Television. Let's discuss her net worth and everything money-related to her! We have some exclusive details.

How Much Is Kathy Griffin's Net Worth: Income And Salary

Kathy Griffin's estimated net worth is $35 million according to celebritynetworth.com. Two times Emmy Award-winning comedian Griffin accumulated such an impressive net worth through her versatile and successful career.

“My net worth is $35 million,” she said during her interview with The Cut “And I am telling you that openly and proudly to say to these dinosaurs: “I don’t need you.”

Kathy has racked up the majority of her aforementioned net worth from her career as an actress and comedian. She has worked in dozens of successful movies and TV shows. Besides, Griffin is an author who released books such as Official Book Club Selection, in 2009 and Kathy Griffin's Celebrity Run-Ins: My A-Z Index, in 2016. It is also a major source of income. Besides, she also earns from her tours, sponsorship, and endorsements. 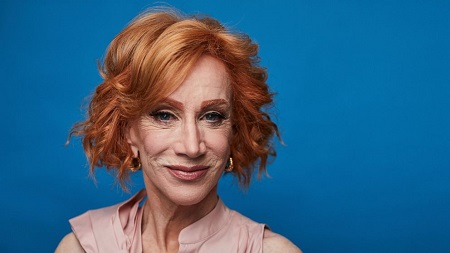 60 years old Griffin who started her career with an improv comedy troupe as a comedian has performed in numerous world tours which became her main source of income.

Advocate for the LGBT community, Griffin's career rose to stardom after her performance on NBC sitcom ‘Suddenly Susan’ and ‘Seinfeld.’ She also performed in numerous HBO comedy specials and as the co-host for New Year’s Eve special on CNN which also help to extend her net worth.

She released several comedy albums, one of which made her a Grammy Award winner for the best comedy albums. She also wrote the best-selling autobiography, Official Book Club Selection: A Memoir According to Kathy Griffin which also helped her to maintain her net worth. She also hosted many talk shows on CNN.

Publicly Admitted That The Trump Controversy Cost Her Money

We all know that Griffin does not have a filter when to comes to putting her opinion in the public. Though, people have often praised her for her witty and brave comments this time she went too far when she posted a photo of herself " holding a mask styled to look like the severed, bloody head" of former President Trump.

Many people accused her of being insensitive and criticized her for the choice she made including her then-co-host Ander Cooper.

Due to this scandal, she was criticized all over the world and CNN fired her on May 31, 2017, with the statement "We found what she did disgusting and offensive. We are pleased to see she has apologized and asked that the photos be taken down."

I am sorry. I went too far. I was wrong. pic.twitter.com/LBKvqf9xFB

And also all her tours were canceled. Later, she apologized for her actions. On her Twitter post, she begged for forgiveness. She also held a press conference in which she claimed that the Trump family is trying to destroy her and broke into tears.

“I don’t think I will have a career after this,”

“He broke me, he broke me, and then I was like, ‘This isn’t right, it’s just not right, and I apologized.'”

Though, she later apologized for her action the impact had already been made. She later admitted that the dispute cost her both career and money.

Conservatively, I lost about $2 million. But then the [Laugh Your Head Off] tour grossed $4.4 million. That’s kind of an amazing year. And I’d maybe made $2 million before the tour started. I have some residual income, not a ton. I did have amazing book deals: My first was $2.4 million, my second was $1.2, and I’m not going under that. Mostly, though, I make money from showing up on a set, being funny. If I’m not good enough, I get fired. I show up at a concert and the ticket sales aren’t good enough, I don’t get as much money. I mean, it’s simple math.

Though many have claimed that Griffin's career was over and she will need much more time and big projects to bounce back, she proved everybody wrong. She is still one of the richest and biggest comedians in the country and has much work under her belt.

When asked about her financial comeback after the controversy, she said that she is not dependent on anyone when it came to money and is very careful about it. She doesn’t outsource all financial matters to a business manager,

“My CPA has a monthly flat rate, the same with my lawyer,” she said. “I’m not giving my CPA 5% of the night someone threw a bottle at my head in Auckland, New Zealand — he didn’t catch the f*cking bottle!”.

Assets: Bought A $10.5 Million Worth House In Cash

In the year 2004, Griffin threw down $2.85 million to buy her Hollywood Hills mansion located in California. Later, she owned a stunning and stylish mansion worth $10.5 million which is located in Bel Air. With an area of 13,377 square feet, the Mediterranean-style estate consists of nine bedrooms and twelve bathrooms. The mansion hosts a large family room, a private theater, and a suite room whereas outside there is a large pool and long drive.

“I didn’t want to be an actress with no job security going, ‘Oh my God, I have this baller house but I’m scared of the mortgage,’” she says after buying the house in full cash “No. I bought the one where I went, ‘Boom. I can afford it.’” 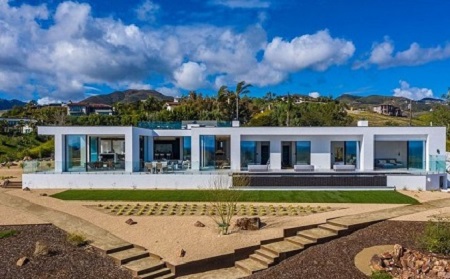 In December 2020, she sold her house for $14 million and bought a smaller but no less swanky Malibu beach house for $8.8 million.

Besides, the actress has also a huge car collection. She owns the 2004 Mercedes-Benz Sl 500. She is also a proud owner of Maserati Quattroporte V.

Maintains A Fabulous And Frugal Lifestyle

Whether you are rich or poor everybody should value the money they have and we can actually learn a lot from Kathy Griffin. One of the richest comedians in the nation actually lives a very normal life.

"I strive to live a fabulously frugal lifestyle. You can do cheap or you can get a great deal on something amazing."

She also does not have mortgages and has smartly made many investments over the years.