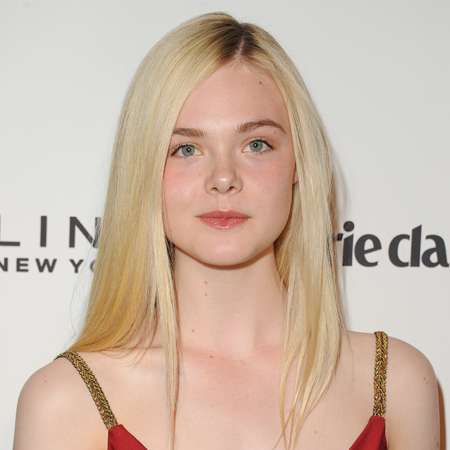 Elle Fanning is one the talented and aspiring American actress and a fashion model who stepped into the acting arena at the tender age of two. Since then she is working in numbers of movies and TV series from where she earned several nominations for some prestigious awards and won some of them as well. At the young age, she won the hearts of millions of fans and earned much fame which anyone will desire. Regarding her personal life, she had some relationships in her past.

Elle Fanning was born Mary Elle Fanning on April 9, 1998, in Conyers, Georgia to her parents Heather Joy and Steven J. Fanning. Her mother, Heather is known as a professional tennis player and her father Steven used to play minor league baseball for teams, affiliated with the St. Louis Cardinals and is now an electronics salesman in Los Angeles.

Fanning is American as per nationality and as far as her ethnicity is concerned, she is of Mixed as she comes from a mixture of Irish, German, English, and French ancestry.

Fanning has a history of famous ancestors as her maternal grandfather is the famous American football player Rick Arrington, whereas her aunt is ESPN reporter Jill Arrington. Moreover, she has an older sister, Dakota Fanning, who is also a prominent actress.

Happy Mommy's Day to the three mommy's in my life. That blonde bombshell is my grandmother, Mary Jane. She had two daughters, Joy and Tiffany. Tiffany had one daughter and Joy had two, I being one of them. #mothersraisingdaughters

Regarding her academics, Fanning joined Campbell Hall School in North Hollywood, Los Angeles which is a school for elites.

Elle Fanning stepped into the acting arena at the tender age of two. She was cast as the younger version of her sister Dakota's characters in the mini-series Taken and also the movie I Am Sam as a child artist.

In 2002, at the age of four, Fanning won her first role without her sister being involved in the comedy movie Daddy Day Care for which she received nominations for awards. Fanning went on to be seen in many movies. In 2005, Elle played the character Debbie who is the daughter of Richard and Susan Jones in the Academy Award-winning film titled Babel. The next year she filmed The Lost Room which was a sci-fi TV mini-series.

Following that, in 2007, Fanning filmed as the lead character Phoebe in the movie Phoebe in Wonderland. She was then cast in Sofia Coppola's 2010 film, Somewhere. The movie received various awards and at its first film festival, the 67th Venice Film Festival, it took out the Golden Lion. In 2011, Elle was seen on Francis Ford Coppola’s film Twixt.

In December of the same year, Fanning performed in Cameron Crowe's We Bought a Zoo as character Lily. September 2012 saw Fanning as lead character Ginger in the drama film Ginger & Rosa, a story that took place during 1962 in London. Fanning starred alongside prominent actress Angelina Jolie in the 2014 Walt Disney film, Maleficent where she played Princess Aurora who is the Sleeping Beauty.

As of 2018, she is working in several upcoming movies like Teen Spirit, A Rainy Day in New York, and Maleficent II.

Elle Fanning has been nominated for several awards and won some of them as well. Here is the list of her won awards:

Besides, some of her other nominated awards include Young Artist Awards, Broadcast Film Critics Association Award, Young Hollywood Award, Satellite Award, and Teen Choice Award among others.

Elle Fanning’s net worth is estimated to be $5million. Fanning earns a good amount from her acting career. Her earning helped her to list as one of the richest young celebrities.

Fanning worked in several movies which made an impressive box office collection. Here is the list of her hit movies:

Moreover, she also made her money from modeling. In 2018, she made her runway debut at Miu Miu. She also appeared on the cover of many famous magazines like Teen Vogue and Schon! Magazine.

Besides, Fanning along with her family resides in their house in San Fernando Valley in California. The house was built in 1953 and worth $1.325 million in 2003 but now worth $2.85 million. She owns an Audi Q7 car costs $57,485. Some of her favorite brands which she uses include Prada, Gucci, Dior, and Vivienne Westwood among others.

The talented lady is also involved in several charity works. She supported the charity events for REALgirl which helps in women empowerment. She then donated her entire salary from A Rainy Day in New York to the charity after the sexual abuse allegation by the adopted daughter of Woody Allen against him.

Furthermore, she supports several organizations like Save The Children, Time's Up, RAINN, and LGBT Center among others.

Regarding her personal life, Fanning is yet to be married. However, she has had a few relationships in her past. Fanning dated Dylan Beck, an actor in 2014. The then boyfriend-girlfriend couple was spotted at several places sharing their romantic time on several occasions since they announced their affair. But the relationship did not last long and broke up after a short interval. 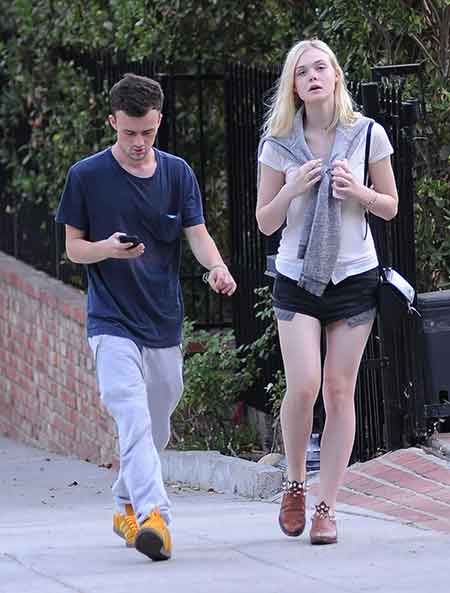 Later, Fanning started having an affair with Zalman Band, son of Charles Band and Debra Dion. As per some sources, the pair stayed in the relationship for around a year starting from July 2015. 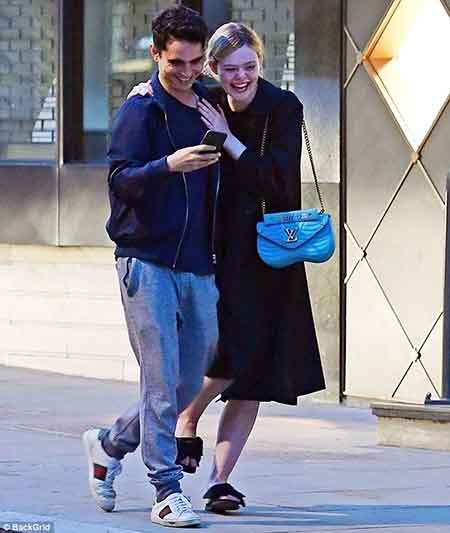 As of 2018, it seems like she has fallen for a new fellow, Max Minghella. They are spotted at several places holding hands and kissing on dates. Due to such news, her fans speculated that Minghella is her boyfriend. The pair, however, has not revealed their relationship.

Check out the facts about Elle Fanning: