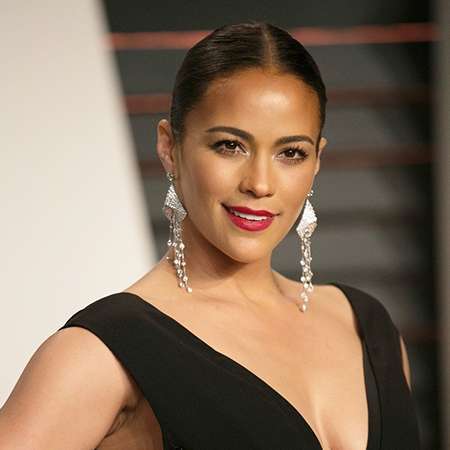 Paula Patton has identified herself as one of the recognized faces in the entertainment industry. Born and raised in Los Angeles, California, the actress made her big break following her finest performance in 2009's Academy Award-winning film Precious. She spent several years working as a production assistant before making the transition to acting. She likewise gained a huge attention following her breakout roles in several other movies like  Déjà Vu (2006), Mission: Impossible – Ghost Protocol (2011), and 2 Guns (2013). She also won the Teen Choice Award for Choice Movie Actress: Action.

Through her successful career, the actress has not gained only name and fame but has also made a decent amount of net worth.

Patton was married recording artist Robin Thicke and following their divorce, she is dating a new guy,  realtor Zach Quitman.

Paula Patton was born Paula Maxine Patton on December 5, 1975, in LA, California, United States. Her mother is Joyce Patton is a school teacher and father Charles Patton, a lawyer. She belongs to American nationality and as far as her ethnicity is concerned, she has a mixed ethnical background as her father is African-American and her mother is  European-American.

The actress spent most of her early days growing up in her hometown Los Angeles along with her family.  She did her schooling from the Hamilton High Schol. After that, she started college at the University of California, Berkeley. After her first sophomore year at UC, she went on to study at the University of Southern California's Film School.

Shortly after her graduation, Patton received a three-month assignment making documentaries for PBS.

Paula Patton firstly started her career as a singer providing additional vocals for popular artist Usher on his 2004 album Confessions. Her first acting role was in a 2005 American romantic comedy movie Hitch starring Will Smith and Eva Mendes. She followed that with a small part in the independent movie London.

Sharing the screen alongside Outcast members Andre Benjamin and Big Boi, Patton made an appearance in the musical film Idlewild.  Patton's major breakthrough came in 2006 when the actress played the pivotal role of Claire Kuchever in the science fiction thriller Déjà Vu, starring Denzel Washington and Jim Caviezel.

Although the movie gained mixed reviews from critics, it became the instant hit at the box office grossing over $180 million worldwide. Patton appeared as a television reporter Kate Madison in 2008's Swing Vote. In the same year, she also landed a role of Ben in the supernatural horror movie Mirrors along with Kiefer Sutherland. 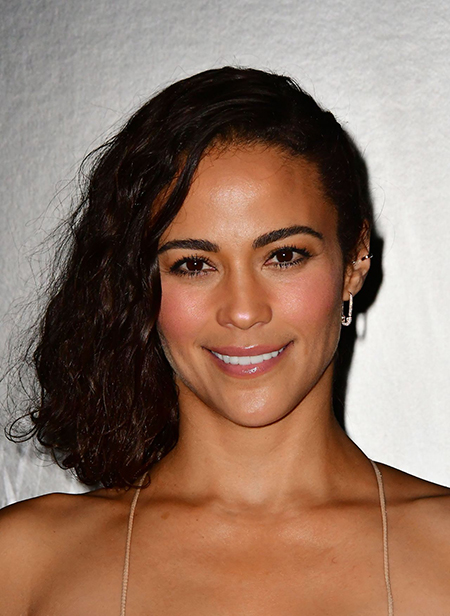 The following year, Patton appeared as a Ms. Blu Rain, a teacher at the alternative high school in Harlem, New York in Lee Daniels' critically acclaimed drama movie Precious. In the year  2010, the actress also featured in the romantic comedy, Just Wright.

After a year, her career received a substantial boost following her great performance in the action film  Mission: Impossible – Ghost Protocol which was turned out to be critically and commercially successful, grossing almost $700 million worldwide opposite $145 production cost. Her other successful projects are Jumping the Boom, 2 Guns, Baggage Clain, The Perfect Match, as well as The Do-Over.

In the year 2017, Patton played the lead role in the ABC drama series Somewhere Between.

Paulo Patton has made a hefty amount of money from her acting career. According to Celebrity net worth, Patton has an estimated net worth of around $9 million, as of 2018.

In July 2014, Patton and her former husband Robin took their mansion on the market for $3 million. The home is located in the trendy Hollywood Hills area and has three bedrooms, 3.5 bathrooms, a luxurious swimming pool as well as a separate spa. 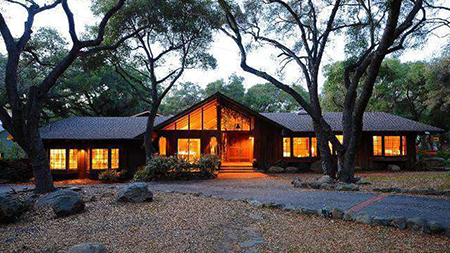 Patton is also the proud owner of the Range Rover which worth around $36,350. In the year 2011, she was cast in the movie Mission: Impossible - Ghost Protocol which was a box office success. The movie grossed around $700 million worldwide.

In 2016, Patton appeared as a Garona Halforcen in the movie Warcraft which also made a whopping box office collection grossing $433.7 million whereas its production cost is $160 million.

Paulo Patton has won a number of prestigious accolades for her performance in several movies and TV projects. She was nominated for Black Reel Award for Best Breakthrough Performance after her role in the movie Déjà vu (2006). Also, she was nominated for NAACP Image Award for Outstanding Supporting Actress in a Motion Picture for her movie Precious (2009).

Paulo Patton is a married woman. She was previously tied the knots with her long-time boyfriend, popular recording artist Robin Thicke. Patton first met her husband Thicke at the age of 16 at an under-21 hip-hop club called Balistyx on the Sunset Strip in Los Angeles.

It was announced on February 24, 2014, that the couple separated after more than two-decade of togetherness. She filed for divorce on October 8 and joint custody of their son. Their divorce was finalized on March 20, 2015.

In the MTV Video awards 2013, Paula’s husband Robin and Miley Cirus did a twerk performance that raised many eyebrows.

In an interview with People, Patton said

“I have a boyfriend now,”

“I haven’t called anybody a boyfriend. He’s my boyfriend!”

But, Quitman's wife Mia Quitman is still legally married to him. The couple filed for divorce in May 2018.

Paula Patton stands at the height of 5ft 7 inch and her weight is 57kg. Her body measurement is 34-23-35. She has a dark brown eye colored and has a dark colored hair.