Elle Fanning goes on LA Walk with her Grand Mother and Dog,Know about her Dating History in Details 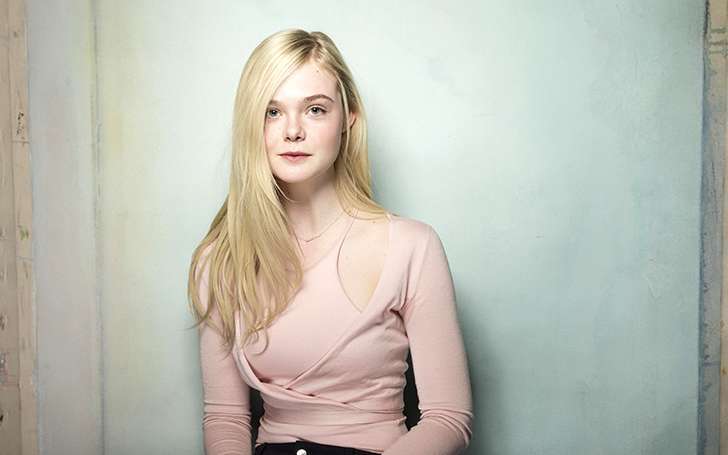 The famous Super 8 star Elle Fanning went on a walk with her grandma in Los Angeles on Wednesday, 28th June.

The emerging American actress seems to have a pretty good connection with her grandmother as she frequently appears in public with her. She will feature in the Woody Allen's next project along with Selena Gomez and Timothée Chalame.

The American diva was spotted shopping along with her Grandmother in Los Angeles couple of years ago in 2013, and recently she was spotted taking a walk along with her grandma Mary and dog Lewellen. Read the full article to know the story in detail.

Elle Fanning went on a walk with Grandmother and a Dog

We can see a lot of young celebrities spending their free time with their partner or loved ones, likewise the gorgeous The Begbullied star was seen indulging her free time with her marital Grandma Mary and her pet dog Lewellen.

Elle Fanning with her grandmother Mary and pet Lewellen

Elle Fanning was spotted in a pale purple backless mini-dress on her Wednesday's outing where her grandmother was seen holding the leash alongside her.

Elle Fanning is a daughter of the ex-professional tennis player Heather Arrington and ex-minor league baseball player Steven Fanning and she also has a 23-year-old actress sister Dakota Fanning. Not only on this Wednesday but Elle has been spotted with Mary for a lot of occasion in this summer. Moreover, she has been in an intimate relationship with Mary since her childhood days.

Elle Fanning, who recently reached 19 has already earned the fame anyone wants from his/her life. If we talk about her current relationship status, she is currently dating Dylan Beck with whom she has been spending her time since 2014.

Actress Elle Fanning with her boyfriend Dylan Beck in 2014

The lovebirds have been spotted sharing their romantic time together on several occasions ever since their relationship came to the media. As the couple is growing older in their relationship, they're becoming more mature and more passionate towards each other.

The couple usually is spotted spending quality time together. They were spotted in California in January 2017 on a romantic dinner date where she appeared giggling with her beau as she left the restaurant.

The couple is together since 2014 and is in a good-term relationship since then, however, during 2015, she was rumored to be dating Zalman Band. As per the sources, she stayed in the romantic relationship with the guy for around a year starting from July 2015.