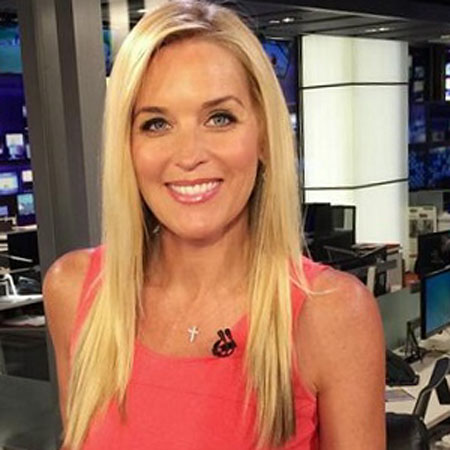 Jill Arrington is a popular sportscaster working for KCBS/KCAL based in Los Angeles. She has been active in broadcast journalism since 1994. She was voted as the 48th sexiest sportscaster by Playboy magazine in 2001. Jill Arrington was born on July 27, 1972, as Tiffany Jill Arrington to parents Mary Jane Odum and Rick Arrington.

Jill Arrington is a graduate of the University of Miami. She majored in journalism and political science. Her minor was drama. While at university, she was a member of the university tennis team. She was selected as the Orange Bowl princess of her university.

Jill Arrington started her career soon after graduating from the university. Initially, she started working as a producer for a nationally syndicated entertainment show called Main Floor. She served for the program for five years and also became a producer for Paramount’s Real TV for a year.

Jill then moved to FOX Sports serving as a sideline reporter covering women tennis and FOX NFL Sunday. She was the co-host for Fox’s NFL Under the Helmet and host of Arena Football League.

Jill Arrington was the host of various shows of the Fox including Totally NASCAR, College Football Saturday Preview and Verizon NFL Mobile Updates. Jill currently serves at the KCBS/KCAL9 as a sports anchor.

Jill Arrington is open regarding her relationship status. Jill is a married to her boyfriend turned husband, an ex-competition driver turned Hollywood talent agent Dean Panaro. The couple had dated for a couple of years prior to getting married.

Dean and Jill got married on 2001 at Bel Air Hotel in Los Angeles. They had a lavish wedding ceremony. The couple was blessed with their first child, a daughter in 2004, whom they named Presley Kate Panaro. Due to the arrival of a new member at home, Jill took a break from her profession to spend time in taking care of her.

The couple has not appeared together in public since a long time raising the speculation and rumor of their separation and divorce. The rumor is declined by Jill stating she is living happily with her husband.

Jill Arrington is one of the hottest sportscasters in the broadcast journalism. She looks no less than a model. She stands the height of 5 feet and 8 inches with a perfect hourglass shaped body features that she doesn't miss a chance to flaunt in the A-line dresses.

Blessed with luscious blonde hair and gorgeous smile, Jill Arrington's outlook is a boost to her professional experience and soundness. She is a perfect amalgamation of beauty with the brain. Jill Arrington is one of the most watched and heard sportscasters.

Jill Arrington is on demand and her employer won’t dissatisfy her wage. Jill earns a very lucrative amount of salary and her net worth is reported to be $9 million dollars.