Elle Fanning; One Of The Richest Young Celebrities; Her Net Worth, Sources Of Income, And Career 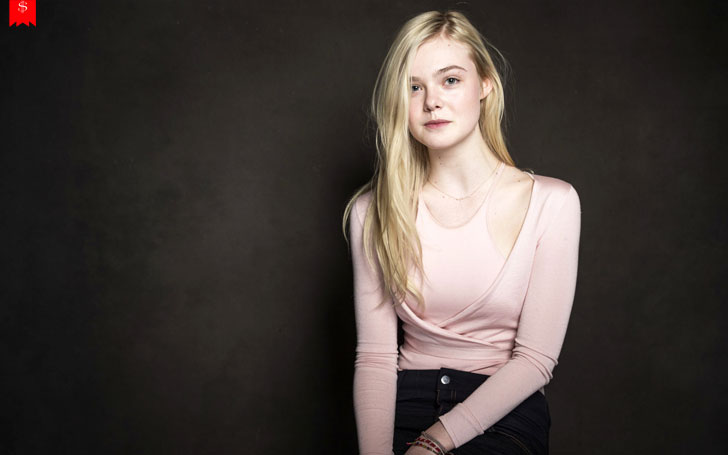 Starting her career at the age of three, Ellen Fanning has made it as one of the promising actresses in Hollywood. Fanning is best-known for her performances in the ventures like Super 8, Phoebe in Wonderland, Somewhere, and Maleficent.

From her journey as a child actress to her present stardom, the actress has dedicated her 17 years of her life. How much has Fanning earned from her rising career?  We have all details regarding her net worth and lifestyle.

How Rich Is Actress Ellen Fanning? How Much Is Fanning's Net Worth?

Ellen Fanning has earned quite an incredible amount of net worth from her career as an actress. Fanning has an estimated net worth of $5 million as per Celebrity Net Worth.

Following the footstep of her sister, Dakota Fanning, also an actress and model, the 20-year-old actress started her career as the younger version of Dakota's role in the mini-series Taken and the 2002 movie I Am Sam. The movie grossed around $97,818,139. 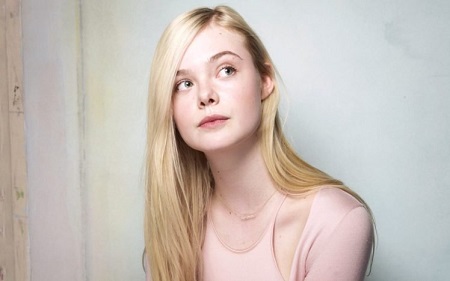 CAPTION: Elle Fanning has an estimated net worth of $5 million SOURCE: HD Wallpapers

Likewise, her breakthrough role in the 2011 movie, Super 8 alongside Joel Courtney and Kyle Chandler made  $260.1 million at the Box Office. The movie was made with a budget of $50 million and reportedly, Fanning earned around $1,500,000 for the movie. From her other movie Somewhere she was paid $125,000.

One of her biggest careers hit movie, Maleficent alongside Sharlto Copley and Sam Riley earned $758.5 million. The movie was made under the budget of $180-263 million.

Besides, Fanning has been cast in several series such as HitRecord on TV, Criminal Minds, The Lost Room, and Law & Order: Special Victims Unit among others.

Her latest project is A Rainy Day in New York alongside Timothée Chalamet and Selena Gomez. The movie is made under the budget of $25 million. She also starred in the upcoming musical drama film, Teen Spirit.

She is also a model and made her runway debut at Miu Miu in March 2018. Previously, she has been featured on the cover of magazines like Schön! Magazine and Teen Vogue.

Where Is Ellen Fanning's House? Know About Her Lavish Lifestyle

Fanning along with her family used to reside at her family house in San Fernando Valley in California. It is reported that both Fanning sisters grew up in the house. The house built in 1953 was purchased by Fanning family in 2003 for $1.325 Million.

Reportedly, the Fanning family have listed the 3,582-square-foot French country–style assets with five bedrooms, four bathrooms and a backyard patio with a lagoon-style pool and spa for $2.85 million. 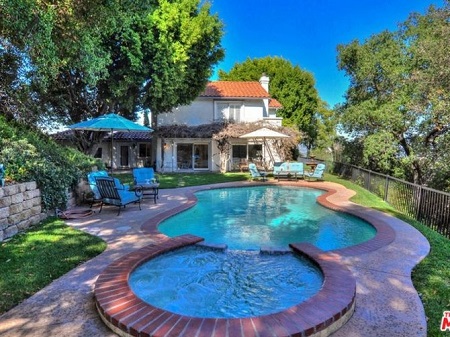 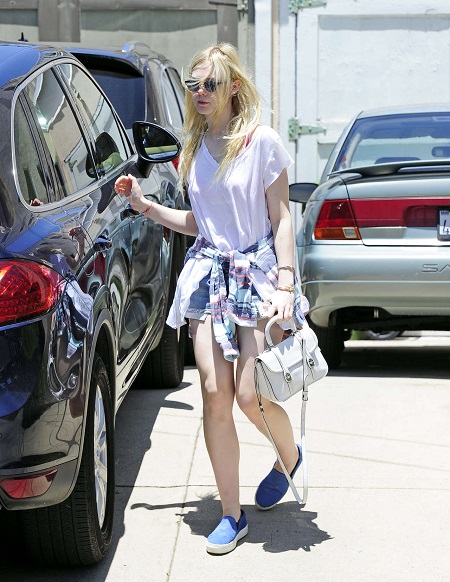 The actress loves spending her money on several expensive and branded items and cosmetic. She loves vintage clothes, especially dress from the 1950's.

It seems like Loreal is her favorite makeup products as she frequently shares the brand on her Instagram.

Fanning is quite fond of horse and owns one too. She usually rides a horse in her free time. Her sister has a horse named Goldie. She also loves playing soccer. Dancing is her favorite hobby and she has enrolled in ballet classes, hip-hop and jazz dancing.

Fanning has been involved in several charities. She has been actively involved in charity events for REALgirl for women empowerment to reach their full potential and lead positive lives.

Reportedly, Fanning donated her entire salary form her movie A Rainy Day in New York to charity after sexual abuse allegation against the director Woody Allen by his adopted daughter.

“I regret if my decision to work with anyone hurt anyone in the process, because it’s never your intent to do [so],”

She further added she donated her salary on the support of the Time’s Up movement.

“I’m a huge supporter of women and working with women and [“Galveston” director] Mélanie [Laurent].”

Her A Rainy Day in New York costars Timothee Chalamet, Griffin Newman, and Selena Gomez also announced that they donated their earnings from the project on charity events for Time's Up, RAINN and the LGBT Center of New York.

“Please donate to @SavetheChildren Their #HurricaneHarvey relief fund will go to kids in #Texas affected by the storm.”