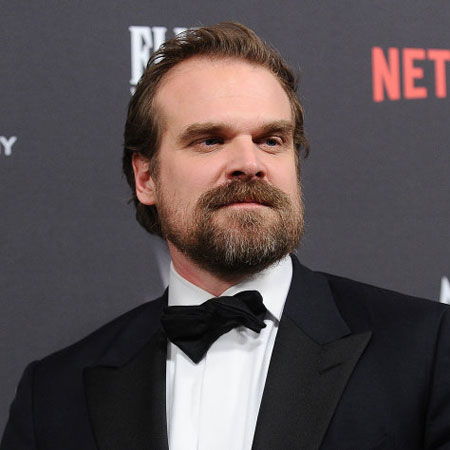 David Harbour was born on April 10, 1975, in New York City. He is American and belongs to White-American ethnicity.

Harbour went to Byram Hills High School in Armonk. He then joined Dartmouth College in Hanover, New Hampshire graduating in 1997.

David Harbour started his professional acting career in 1999 playing Noah Curry in the Broadway revival of The Rainmaker. The same year, he starred in an episode of the TV series Law and Order as a supporting role Mike.

Harbour debuted in the big screen from the 2004 American biographical drama film, Kinsey as Robert Kinsey. The following year, he worked in three films: Confess, Brokeback Mountain and War of the Worlds. He also played a role in the Edward Albee’s play ‘Who’s Afraid of Virginia Woolf ?’, for which he was nominated for a Tony Award.

Harbour then made his appearances in the number of movies, such as Quantum of Solace, The Green Hornet, End of Watch, Knife Fight, A Walk Among the Tombstones whereas his TV credits include The Book of Daniel, Royal Pains, and The Newsroom among others.

. His role Chief Jim Hopper has been quite appreciated and also earned him a number of awards and nominations including, Golden Globe Awards, and Critics' Choice Television Awards among others. As of now, the series is in the process of filming season 3.

Harbour will be starring in the upcoming American supernatural superhero film, Hellboy playing the title character. The movie is scheduled to release on January 11, 2019. He will be sharing the screen with Ian McShane, Milla Jovovich, and Sasha Lane among others.

As of 2018, David Harbour has an estimated net worth of $4 million. The major source of his income is his career as an actor.

As per some online sources, Stranger Things' child actors earned $30 thousand per episode, so it can be assumed that Harbour also got paid in six figures. According to reports, Netflix has raised the salary of the cast members for the third season. It is reported that the cast will be paid a salary around $150,000 to $350,000. Here is the list of David Harbour's successful movies:

David Harbour is reportedly dating actress Alison Sudol, known for roles in Fantastic Beasts and Where to Find Them. The duo is yet to confirm their relationship. However, many leading websites are claiming they are together. They were even spotted at the 2018 Golden Globes and 2018 Critics' Choice Awards. 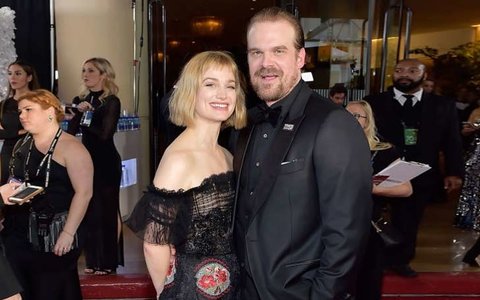 From 2009-2011 Harbour was engaged to American actress and comedian, Maria Thayer. They also worked together in 2009 political thriller film, State of Play. 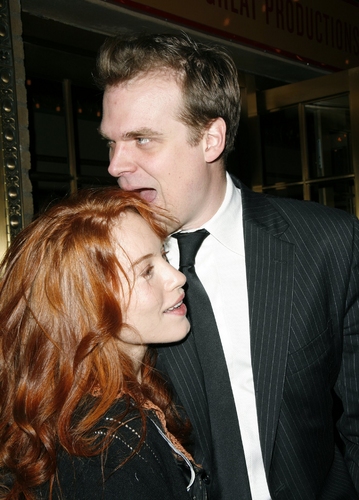 Harbour also dated American actress, Julia Stiles for about a year until their break up in 2012, according to the New York Daily News. 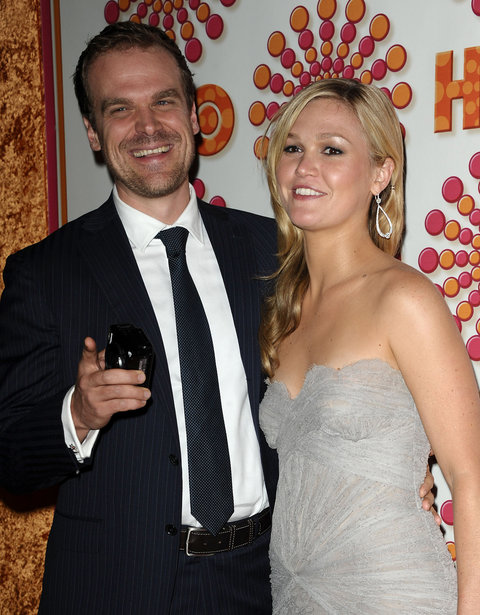 Below, we present the interview of David Harbour