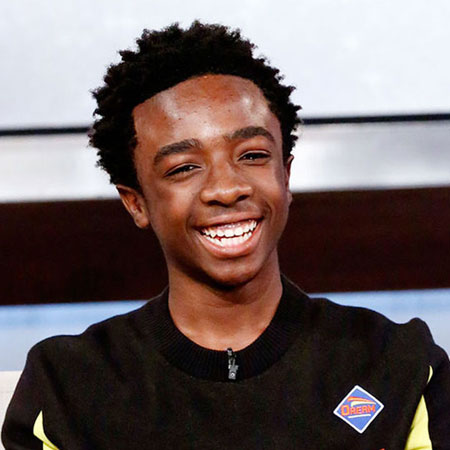 McLaughlin made his acting debut in 2012 from the Broadway show, The Lion King as a Young Simba. The same year, he moved to movies and worked in a short film, Noah Dreams of Origami Fortunes as Noah. In 2013, he made his TV debut in the TV series, Law & Order: Special Victims Unit.

In 2018, McLaughlin voiced Young Gary in the movie, Final Space.

Caleb McLaughlin was born Caleb Reginald McLaughlin on 13th October 2001 in Carmel, New York under the birth sign Libra. McLaughlin is American by nationality and belongs to Afro-American ethnicity.

McLaughlin attended Kent Primary School and George Fischer Middle School. He moved to New York after he finished his fifth grade and joined Piped Piper Children's Theatre. Later, he joined Happy Feet Dance School in Carmel and then attended Harlem School of the Arts under the former producer of Lion King, Aubrey Lynch.

McLaughlin then worked in several TV series, Forever, What Would You Do?, Shades of Blue, Blue Bloods and The New Editions Story among others. Particularly, he is popular for his role in the science fiction web series, Stranger Things.

Apart from acting, McLaughlin also appeared in music videos like Santa’s Coming for US by Sia and Jimmy Fallon’s Golden Globes 2017 Opening by Jimmy Fallon.

Caleb McLaughlin has an estimated net worth of $0.7 million as per some online sources but the amount is still under review. McLaughlin earned a good salary from his role in the TV series, Stranger Things:

His salary increased to $30k per episode for the upcoming season 3.

He is a supporter of Graden of Dreams Foundation.

Caleb McLaughlin, the talented young actor, is more focused on his career rather than focusing on any serious relationship. He is possibly single as he has not introduced anyone as his girlfriend.

McLaughlin is close to all the cast members of Stranger Things. They often talk in their group chat, Stranger Texts.

CAPTION: Caleb with the casts of Stranger Things. SOURCE: Pintreset

He is the member of junior NBA Leadership Council Members.

McLaughlin loves to play basketball and enjoys traveling. Some of his other hobbies include cycling, swimming, and dancing.

He is active on social media and has a great fan following. As of 2018, he has over 5.1 million followers on his Instagram.