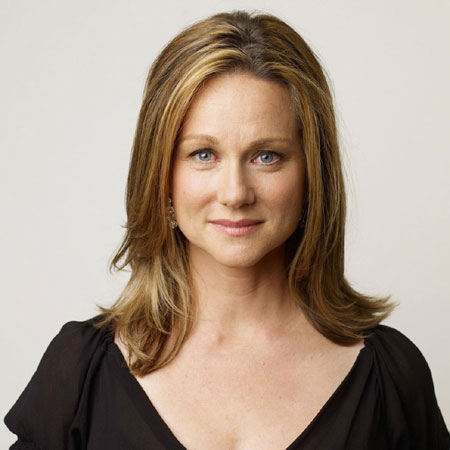 Laura Linney is a very beautiful and talented actor. She has been nominated for the Academy Award three times and Tony Award four times. She became the winner of Emmy Award in 2002 for her notable performance in the movie, Wild Iris.

Linney was born as Laura Leggett Linney on February 5, 1964, Manhattan, New York City, U.S. She is a daughter of Miriam Anderson “Ann” Perse (her mother) and Romulus Zachariah Linney IV. As far her nationality, she is an American, belonging to the White-American ethnicity.

Linney’s mother was a nurse at the Memorial Sloan-Kettering Cancer Center and her father was a widely recognized playwright and professor. Her paternal great-great-grandfather, Romulus Zachariah Linney was Republican U.S. Congressman.

Linney grew up living with her mother in a small bedroom apartment in modest circumstances. She has a half-sister named Susan from her father’s second marriage.

Linney attended Northfield Mount Hermon School, an elite preparatory school located in New England. She graduated from the school in 1986.

Linney moved to the Northwestern University and later transferred to the Brown University. There she studied acting with Jim Barnhill and John Emigh. She also served on the board of the University’s student workshop called Production Workshop.

Linney made her career debut appearing in minor roles in early 1990s movies. Her notable roles include Lorenzo’s Oil and Dave. She rose to prominence appearing in the public mini-series, Tales of the City in 1993.

Linney has made many other Broadway stage performances in her career. Her performances include Hedda Gabler, for which she won Joe A. Callaway Award in 1994. She also received a nomination for a Best Actress Tony Award in March 2002, for her significant role in the Broadway production of the fictional story, The Crucible by Arthur Miller.

Linney has reached the age of 53. Her birth sign is Aquarius. She is married and has a child from her second marriage. She has earned popularity through her notable appearances in several movies and television series.

Linney married David Adkins, an American actor, and playwright in 1995. They stayed in the relationship for around five years. Their relationship ended to divorce in 2000.

Linney remained inactive in any relationship for few years. She then met Marc Schauer, a real estate agent from Telluride, Colorado. The couple was engaged in 2007. They finally tied their knot on May 2, 2009. Liam Neeson, a renowned Irish actor, walked with her down the aisle on her wedding day.

Linney gave birth to her child, a son named Bennett Armistead Schauer on January 8, 2014. She appeared as a guest and presenter at the We Are One: The Obama Inaugural Celebration at the Lincoln Memorial on January 18, 2009.

Linney currently resides with her husband and children. However, the family is living a happily married life.

Linney stands an amazing height of 1.7 meters (5 feet 7 inches). She has maintained a perfect body physique. She has a great income from her acting career, as paid to the actors in U.S. Her estimated net worth is $7 million as per sources.

Linney has shown her active involvements on social networking sites like Instagram and Twitter. She has earned a huge number of fan followers on her social accounts.