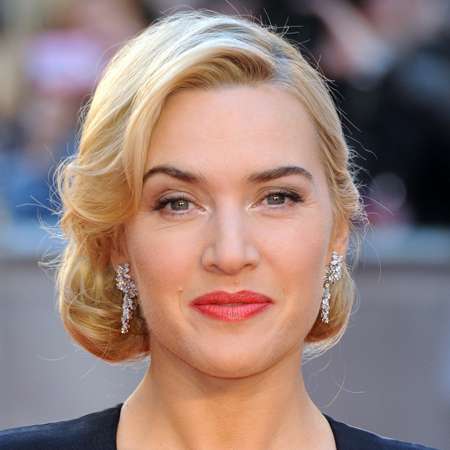 Kate Winslet is a pretty actress and singer of English nationality who has been known to rise into international stardom after the portrayal of Rose in the epic romance Titanic. She is the recipient of an Academy, three Golden Globes, an Emmy and a Grammy Award and is known around the world for her epic acting roles.

Kate Winslet was born on 5th October 1975 to Sally Anne and Roger John Winslet in Reading, Berkshire, England. Her birth sign is Libra.

Kate began studying acting and drama at the mere age of 11 and was enrolled in the Redroofs Theatre School where she was the head girl. Her first role was in a television advertisement at the age of 12 and she appeared in several stage productions until she was 20.

Her film debut was in the 1994 film Heavenly Creatures which won her critical acclaim. She then appeared in Sense and Sensibility in 1995 and then her major breakthrough role in the 1997 movie Titanic. Titanic was known to be the highest grossing film which led her to be recognized all around the world.

Kate then appeared in movies like Iris, Eternal Sunshine of the Spotless Mind, Little Children, Finding Neverland as well as Revolutionary Road, which won her further critical acclaim. Her role in the 2008 movie The Reader won her the Academy Award for Best Actress.

Her role in Mildred Pierce won her the Emmy Award for Best Actress in a Miniseries. The Holiday and Flushed Away are her other successful film endeavors. She has also narrated children’s books and documentaries like Listen to the Storyteller. This narration won her the Grammy Award for Best Spoken Word Album for Children on 2000.

As of 2019, she has an estimated net worth of  $90 million, as per richest net worth, likewise, as per celebrity net worth, her net worth is $45 million.

Kate’s personal life is not a hidden affair. She is married and has three children. She was in a relationship with actor and writer Stephen Tredre since 1991-95 and they remained close even after their separation.

She met film director Jim Threapleton on the sets of the movie Hideous Kinky on 1997. They fell in love and got married on 22nd November 1998. Their daughter Mia Honey Threapleton was born on 12th October 2000. This couple got divorced on 13th December 2001.

She was then in a relationship with director Sam Mendes and he became her husband on 24th May 2003. They have a son Joe Alfie Winslet Mendes, who was born on 22nd December 2003. They got divorced in 2011. Following her divorce, she briefly dated model Loius Dowler.

She got engaged to Ned Rocknroll, a businessman on the summer of 2012 and the couple married in December 2012. Their son was born on 7th December 2013 and was named Bear Blaze Winslet.