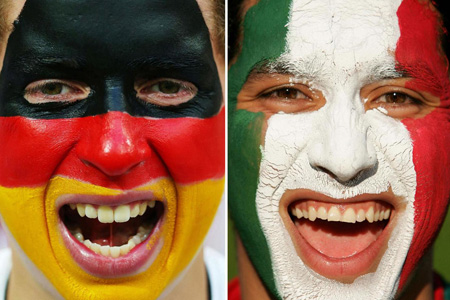 The fourth day of the 2018 World Cup, former champions Germany launches its title defense against Mexico at Luzhniki Stadium, Moscow and its boisterous, sombrero-wearing fans have been highly visible in the Russian capital.

The Germans breezed through qualifying but endured a recent slump in friendly matches, with draws against England, France and Spain and a loss to Brazil that ended a 22-game unbeaten run.

Mexico has lost in the round of 16 in six straight World Cups, and in a bid to end that streak it added a mental coach to its staff: Imanol Ibarrondo, a former player with Spanish club Rayo Vallecano.

Germany and Mexico will be having their first kick-off game of the 2018 World Cup at 4 pm GMT (12 pm U.S. time) at Luzhniki Stadium, Moscow.

The stadium is the largest football stadium in Russia and one of the largest stadiums in Europe with the capacity of spectators.

Germany has faced-off against Mexico for 11 times with 6 wins, 4 draws, and one loss.

The Mexican national team is the most successful team in the CONCACAF region having won seven CONCACAF Gold Cups and three CONCACAF Championships. The team has also won three North American Nations Cups and one CONCACAF Cup ranking in 15th position in FIFA World Rank (as of June 7, 2018).

The Mexico national team, alongside Brazil and Germany, are the only nations that made their appearances over the last six World Cups. The team has made 15 FIFA appearances to date. 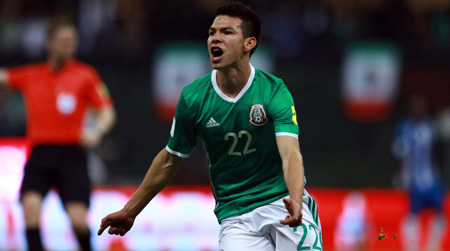 Hirving Lozano, former Pachuca man, now PSV star is attracting interest from the Premier League and La Liga. Nicknamed "Chucky", the 22-old-player has an established budding star who has the potential to score a big summer move with a great showing.

He's a fine winger who has speed, controls the ball really well and can produce consistently in the attack.

The player to watch in Mexican team this summer is Carlos Vela. He fell off the map a bit with his feud with the Mexico Football Association. He's back, which is a big plus for this team because he's been killing it at Los Angeles FC in Major League Soccer. 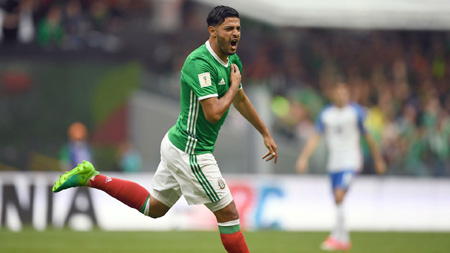 Vela has scored seven goals in his first 11 matches for the MLS new boys and he's looked good doing it. The 23-year-old forward is healthy, confident and ready to go, as Mexico can do the best with him on one side and Lozano on the other.

Formed in 1900, the Germany national team has won three European Championships and four World Cups, ranking #1st position in the FIFA World Rank (June 7, 2018). Also, the team has won a Confederations Cup in 2017. The team has made 18 FIFA appearances to date.

Germany is only the nation to have won both men’s and women’s World Cups. The team became one of the four nations alongside Argentina, Brazil, and France, to win all three most important men’s titles recognized by FIFA: the World Cup, the Confederations Cup, and the Olympic tournament. 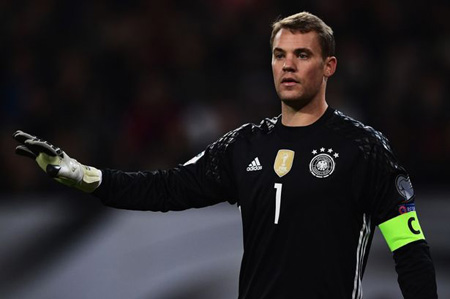 Germany’s professional goalkeeper Manuel Neuer has missed most of the league season with an injury but is expected to play in the tournament. He's one of the greatest goalkeepers in the world, winning the 2014 World Cup as the best goalkeeper.

There is also a backup keeper for Germany Marc-Andre ter Stegen, who is also one of the world's top goalkeepers, starring for Barcelona.

When it comes to a true forward, there are some serious questions in attack. Thomas Muller isn't one, and Mario Gomez is way past his prime despite being just 32. He isn’t a big threat, as he never had much of a step and his mobility has decreased. 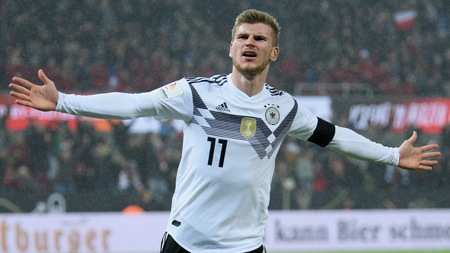 Timo Werner, the young striking sensation of Red Leipzig is the guy to watch this time. He has scored 21 goals each in both of the last two seasons and had seven goals in 10 matches for Germany last year.

He's a very smart player, doesn't need much room to put a shot on frame and could be one of the breakout stars this summer.